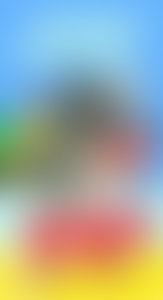 Aurelius Battaglia was an American illustrator, writer, and director. The son of Italian immigrants, he began his professional illustration career as a caricaturist before being recognized for his talent and hired by Walt Disney Studios in 1937. There he contributed to such famous animated films as Dumbo, Fantasia, and Pinocchio, the latter of which he is also credited as one of the writers for. In addition to his work in animation, he was also a prolific children’s book illustrator from 1947 until the end of his life. He died in 1984.