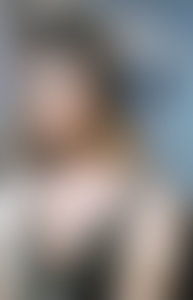 Walter Wanger, the producer of Cleopatra, attended Dartmouth, served as a reconnaissance pilot with the Signal Corps of the US Army in Italy in WWI, was appointed attaché to the American Peace Mission headed by President Wilson and attended the Paris Peace Conference. In the early 1920s, Wanger worked at Paramount Studios where he acquired the novel The Sheik, which was made into a successful film starring Rudolph Valentino. After a brief hiatus in England, Wanger returned to Paramount where he was general manager of production from 1924 to 1931. He was president of the Academy of Motion Picture Arts and Sciences 1939-1941, for which he received an Honorary Academy Award in 1946. The producer of more than 60 motion pictures, including the first outdoor color film and Queen Christina, Scarlet Street, Stagecoach, Foreign Correspondent, I Want to Live and The Invasion of the Body Snatchers, he worked with such directors as John Ford, Alfred Hitchcock, George Cukor, Victor Fleming Fritz Lang and Don Siegel; and such stars as Ingrid Bergman, the Marx Brothers, Henry Fonda, Charles Boyer, Cary Grant Claudette Colbert, Frederic March, Susan Hayward, and Greta Garbo. He married Justine Johnson, a Ziegfield Girl and later the actress Joan Bennett with whom he had two daughters. He died in 1968.

My Life with Cleopatra