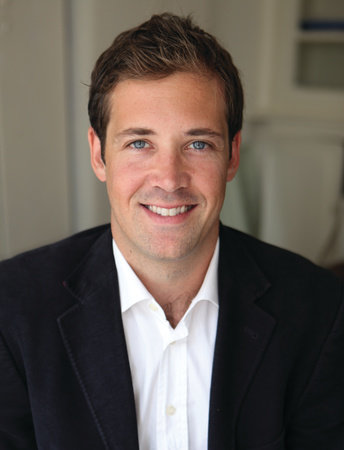 JOSHUA PARTLOW is The Washington Post’s bureau chief in Mexico. Between 2009 and 2012, he was the Post’s Kabul bureau chief, and has also worked as a correspondent in South America and Iraq. In 2010, Partlow shared an Overseas Press Club award with Rajiv Chandrasekaran for the best newspaper or news service reporting from abroad, in recognition of their series on the war in Afghanistan.

This month marks 15 years of American involvement in Afghanistan: a longterm commitment of blood and treasure many of us may not have foreseen in the days following 9/11. While the conflict is not yet over, we have had plenty of time to look at the early days of the war and ponder our mistakes—among them our having taken the cooperation of Hamid Karzai, Afghanistan’s first democratically elected president, for granted.

In his new book A Kingdom of Their Own, former Washington Post Kabul bureau chief Joshua Partlow examines the United States’ relationship with Karzai and his brothers—powerful men in their own right—and how a highly regarded ally came to be considered an enemy. Partlow recently shared his perspective in the following interview.

PENGUIN RANDOM HOUSE: How long were you in Afghanistan?

JOSHUA PARTLOW: I was in Afghanistan, on and off, over five years, from 2009 to 2014. I lived in Kabul, working as a correspondent for The Washington Post, for the first two and a half years and then returned periodically after that doing research for this book.

PRH: What do you think of the conception that democracy can’t work in Afghanistan?

JP: I actually think democracy can work in Afghanistan. And given all the violence in that country and the forces trying to tear the government apart over the past 15 years, it’s been pretty impressive how the democracy has soldiered on. They have held elections—albeit ones marred by fraud—and had a peaceful transition of power from Hamid Karzai to the current president Ashraf Ghani. There’s also a history in Afghanistan of consensual, grassroots decision-making. Afghans are known for these enormous gatherings called loya jirgas where hundreds of people will meet from around the country to debate for days over important issues.

What I think hasn’t worked were some of the attempts to force the Afghan government into being a bureaucratic replica of the United States. I write about some of the hoops that the U.S. wanted Karzai’s palace to jump through—committee and sub-committee and sub-sub-committee meetings—when Afghans already had their own customs for how to discuss problems. Another thing that didn’t work was flooding the country with billions of dollars and expecting this fragile young government to be able to handle it without people stealing vast amounts of it. During the time I was there, that type of corruption became one of the government’s greatest problems.

PRH: Your book focuses on the Karzai brothers, with the most well-known being Hamid Karzai. I have to admit that I was not as familiar as I would have liked to have been with the deep roots of the family and its possible connections to graft and the local drug trade. Am I the only one? Was the United States unaware of the family’s more problematic elements? Did we have to get in bed with the Karzai family?

JP: Hamid Karzai came from a prominent Pashtun family. His father had been a member of parliament and a supporter of the last king of Afghanistan. During the Soviet war in Afghanistan, American diplomats and spies got to know Hamid because he worked in politics, spoke English, and was on their side in the fight against the Soviets. His siblings—he’s got six brothers and one sister—were less well-known. Most of them had moved to the United States, some worked in restaurants, and they weren’t as active in politics.

After September 11th, when we helped put Hamid in the palace, we got his siblings, too. His brother Ahmed Wali became the kingpin of Kandahar and Mahmood grew into one of the most important, and controversial, businessmen. He built a gated city, owned a cement plant, invested in a bank. The U.S. helped each of them in different ways, through CIA payments or government loans for early business projects. That help came back to haunt America as they got wrapped up in accusations about drug trafficking and financial scandals.

PRH: I understand that Hamid Karzai wasn’t our first choice as a partner in our campaign to topple the Taliban. The first choice was Mujahideen commander Abdul Haq. He was a known quantity, had leadership and military skills, and wasn’t afraid of the spotlight, as his nickname “Hollywood Haq” suggested. Haq was killed within days of the war beginning. Had he not, how do you think things would have changed for us?

JP: There would have been a whole new cast of characters, that’s for sure. The Karzai brothers sometimes complained that there was too much attention on their missteps while other Afghan families were operating the same way, and that was true. Big, sprawling, powerful Afghan families run throughout their politics. But the Karzais held the spotlight for more than a decade. Haq was a charismatic leader, from one of those powerful families, but so was Ahmad Shah Massoud, the legendary guerrilla commander who fought off the Soviets and the Taliban for years. He was killed by Al Qaeda a couple days before September 11th. Given his immense reputation, I often wonder how he would have shaped the war if he had survived to see it.

PRH: Prior to his election, Hamid Karzai had a minimal amount of government experience, and little to no experience on the battlefield. Further, he was more invested in seeing Afghanistan’s exiled king return to power than seeking power himself, and even supported the Taliban when he thought it would further this goal. Did we vastly overestimate his abilities as a leader or did we just expect him to a pliable puppet?

JP: I think we may have underestimated his desire to be his own man, and not just a puppet president. Despite that lack of experience you mention, Hamid Karzai turned out to be a master tactical politician. He had an ability to scheme, make deals, keep his rivals off-balance, keep his coalitions together, that even American officials who hated him tended to respect. The problem for us was that by his second term, he basically considered the United States an enemy. He didn’t agree with the U.S. war strategy to send thousands of troops into Afghan villages to fight the Taliban. He didn’t think, ultimately, that Taliban was the problem. He thought what needed to be stopped was America dropping bombs, searching homes, causing collateral damage. He felt if they wanted to look for terrorists they should look in Pakistan. So I think it surprised and outraged a lot of American officials that this man we had essentially anointed as president, who started out as one of the most openly pro-Western Muslim leaders in the world, would ultimately turn against the United States in such an extreme way. That transformation is what I try to describe in the book.

JP: What does the future hold for the Karzai family? I get the feeling that they’re not well liked. Will our fortunes always be tied together?

PRH: I have a suspicion that we haven’t seen the last of the Karzais. Even though he left the presidency in 2014, Hamid has not left politics. He lives near the presidential palace and is constantly meeting power players. The current government is struggling, the Taliban is stronger now than when Karzai left office, and his critics say he is scheming to re-take power. So it seems he intends to play a big role in Afghan politics for a long time.

Ahmed Wali and another relative that I write a lot about, Hashmat, have both been killed. In the gang-land that was Kandahar at that time, both had made a lot of enemies. Mahmood’s main goal seemed to be to make money. Qayum didn’t have the popularity among Afghans as he preferred to be behind the scenes and had spent a lot more time in the U.S. For whatever flaws Hamid Karzai had as a leader, and there were many, I think he proved himself to be a patriot. He didn’t win the war or defeat the Taliban. But he took a stand on behalf of his people. And that ultimately may have helped keep the United States from sinking ever deeper into our country’s longest war.