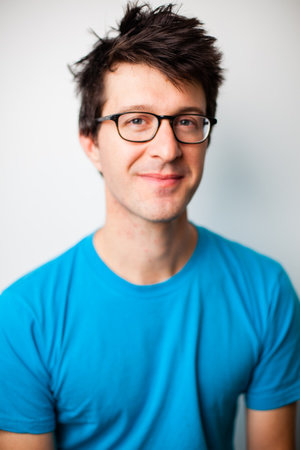 Christian Rudder is a co-founder and former president of the dating site OkCupid, where he authored the popular OkTrends blog. He graduated from Harvard in 1998 with a degree in math and later served as creative director for SparkNotes. He has appeared on Dateline NBC and NPR’s “All Things Considered” and his work has been written about in the New York Times and the New Yorker, among other places. He lives in Brooklyn with his wife and daughter.

Facebook Knows Whether Your Relationship Will Last | Author Christian Rudder

PENGUIN RANDOM HOUSE: Aside from navigating the dating pool, what other particularly interesting uses for data are there in the wild?

CHRISTIAN RUDDER: Well, data analysis is behind almost everything you do online: connecting with old friends on Facebook, buying diapers on Amazon, even watching videos on YouTube. All those experiences are the product of data that helps us understand people.

PRH: What do you have to say to those who argue that this kind of data aggregation, analysis, and reporting is ultimately an invasion of privacy?

CR: Analysis of online information is no different than analysis of other aggregated data, like from the census or surveys. The data just comes from a different source. Though this new source is more powerful than anything we’ve seen before, the data, once aggregated, is impossible to tie back to any individual.

PRH: Based on your trends experience as it relates to relationships, is there one question you can ask a person whose answer will be most telling?

CR: The data really just gives us group likelihoods – by design, it can’t reveal anything about a specific individual. However, certain trends are interesting: agreeing on politics doesn’t matter as much as you think in dating. And, for just one quirky example, an unusually large number of successful couples agree on the question: “Do you like scary movies?”

PRH: On your blog, you state: “OkCupid’s ten-year history has been the epitome of the old saying: two steps forward, one total fiasco.” Can you give us a snippet of one such fiasco? Surely there have been some entertaining ones, given the intersection of data and dating at which you work.

CR: The app Crazy Blind Date was probably the single biggest failure. It connected two total strangers for a dinner date, sight unseen, and we got a quarter-million downloads in just a few weeks. But few people were actually bold enough to go on the dates, and we pulled the app a couple months later. It took eighteen months to develop, and lived for a fraction as long. Everything we’d ever known about OkCupid indicated that photos were the most important part of the site. Why we thought an app with no photos was a good idea, I can’t really say. Such is the bizarro-world of web development.

PRH: What are the three most interesting trends you’ve seen pop up among the thirty-something set in the last five years of OK Cupid (a la those young women from Brooklyn who love their scotch)?

CR: Well, data-over-time is a weakness right now in online data. On OkCupid for example, the site’s become more mainstream in the last five years, so while our userbase has certainly changed, that’s more a reflection of a shift in our corporate trajectory than of a shift in the underlying human condition. You do see funny themes pop up in how people choose to represent themselves to the world. For a long time, women were posing with fake mustaches. Guys on Tinder like to have pictures of themselves with tigers. Everyone seems to spend a lot of time in front of Machu Picchu. It’s the kind of all-purpose posing that single people have always done to make themselves stand out (“I’m wacky!” “I’m tough!” “I’m adventurous!”), but when you see it all together, it’s striking how similar people get when they try to be “different.”