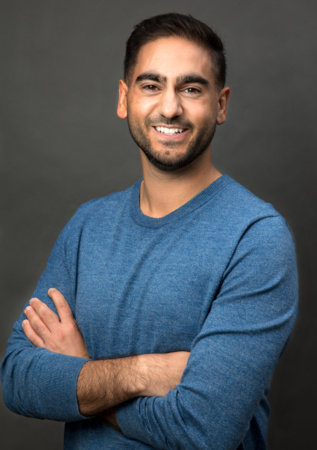 The day before his freshman year final exams, ALEX BANAYAN hacked The Price Is Right, won a sailboat, sold it, and used the prize money to fund his quest to learn from the world’s most successful people. Since then, Banayan has been named to Forbes’ “30 Under 30” list and Business Insider’s “Most Powerful People Under 30.” He has contributed to FastCompany, The Washington Post, Entrepreneur, and TechCrunch, and has been featured in major media including Fortune, Forbes, Businessweek, Bloomberg TV, Fox News, and CBS News. An acclaimed keynote speaker, Banayan has presented the Third Door framework to business conferences and corporate leadership teams around the world, garnering standing ovations from Apple, Nike, IBM, Dell, MTV, Harvard, and countless others.

La tercera puerta / The Third Door: The Wild Quest to Uncover How the World’s Most Successful People Launched Their Careers