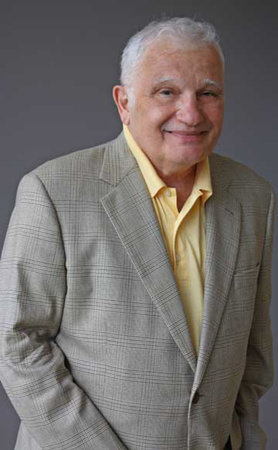 NICHOLAS A. BASBANES was born in Lowell, Massachusetts. He is an award-winning investigative journalist and was literary editor of the Worcester Sunday Telegram. His articles have appeared in The New York Times, The Washington Post, and Smithsonian. He is the author of eight books. Basbanes lives in North Grafton, Massachusetts.

Sign me up for news about Nicholas A. Basbanes and more from Penguin Random House

Books by Nicholas A. Basbanes

PENGUIN RANDOM HOUSE:What inspired you to write On Paper?

NICHOLAS BASBANES: After writing eight books about every conceivable aspect of books and book culture, it seemed logical that I turn to the stuff of transmission itself, and for more than five hundred years in the West – and much longer than that in Asia and the Middle East – the medium of choice has been paper. The actual idea to write a book about paper, though, was suggested to me in 2002 by MacArthur Fellow Timothy Barrett, during a speaking visit I made to the Iowa Center for the Book at the University of Iowa. I spent several days there with Tim – a world-renowned authority in the field of hand papermaking – and he regaled me with stories about its history that I found irresistible. The best part about it, from my standpoint, was that no book quite like the decidedly eclectic one I ultimately envisioned had ever been done before. This is not a formal chronology by any means, but a cultural history that takes in the full sweep of this remarkably versatile material, and discusses the impact it has had on the shaping of history.

PRH:Can anyone date the first appearance of an actual book?

NB: By “actual book,” I assume you mean a “book on paper,” in which case the earliest known printed book to have an actual date on it is The Diamond Sutra, from 868 A.D., printed on paper from carved wooden blocks, and produced more than five hundred years before Johannes Gutenberg introduced moveable metal type in Europe. It was found in a cave in the Gobi Desert early in the twentieth century by the explorer Sir Aurel Stein, and is now in the British Library. But books have taken many shapes and forms over the centuries, the earliest ones written on clay tablets in Mesopotamia dating to about 3000 B.C. Others have been written on cured animal skins known as parchment and vellum, on laminated strips of a marsh reed known as papyrus, others have been incised on bamboo, silk, metal sheets, pottery, stone – whatever material was available at the time. But once introduced as a viable medium – and once the rudiments for making it from the pulverized fibers of a vegetative source were understood – paper transformed everything. It was cheap to make, it was light, pliable, resilient, portable, foldable – truly a miracle invention with a multitude of applications.

PRH:You write that “the paperless society we hear being bandied about so much today may not be as imminent as some people suggest.” How so?

NB: There’s a wonderful quote I use as an epigraph to one of the chapters, an observation made in the 1980s by a historian of libraries named Jesse Shera. “The paperless society,” he said, “is about as probable as the paperless bathroom.” Many functions of paper definitely are on the wane, and we all know what they are: books, newspapers, correspondence, record-keeping and the like. But those account for just a fraction of the functions that paper facilitates: currency, toilet paper, photographic prints, wrapping paper, cardboard packaging, labels, food containers – it’s all paper – and I don’t see many substitutes for those products immediately on the horizon.

PRH:What did you discover in your research that most surprised you?

NB: I was surprised most by just how versatile a material paper is, and how ubiquitous it is in our daily lives. The people at [P. H. Glatfelter in Pennsylvania] say that the average American handles, on average, about thirty different objects every day that have been made with their paper – envelopes you get in the mail, stamps you affix to a letter, the label on a beer bottle, a Hallmark greeting card, a deck of playing cards, etc. – and they are by no means even close to being the largest papermaking company based in the United States. International Paper’s net sales last year alone were $27.8 billion, an increase of $1.8 billion from the previous year.