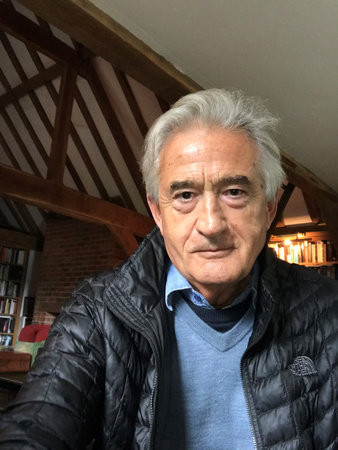 Antony Beevor was educated at Winchester and Sandhurst. A regular officer in the 11th Hussars, he served in Germany and England. He has published several novels, and his works of nonfiction include The Spanish Civil War; Crete: The Battle and the Resistance, which won the 1993 Runciman Award; Stalingrad: The Fateful Siege: 1942—1943; and Berlin: The Downfall, 1945. With his wife, Artemis Cooper, he wrote Paris: After the Liberation: 1944—1949. His book Stalingrad was awarded the Samuel Johnson Prize for Non-Fiction, the Wolfson History Prize, and the Hawthornden Prize in 1999.

The Battle of Arnhem

Antony Beevor, prize-winning author of Stalingrad, returns with The Fall of Berlin 1945, a brilliant account of the fall of the Third Reich. A terrible story of pride, stupidity, fanaticism and revenge, The Fall of Berlin 1945 offers an unprecedented and revealing view of life in Berlin during World War II. Here, Antony Beevor talks to Penguin about the lessons of the past, the difficulties of research and the Nazi propaganda machine.

Stalingrad was a number one UK bestseller in hardback and paperback and has won a number of prizes, including the Samuel Johnson Prize for Non-Fiction. Did you ever anticipate what a huge success it would be?

Nobody expected Stalingrad to take off in the way that it did. I certainly never imagined it and the whole process left me more dazed than anything else.

Following the publication of Stalingrad, did you have any problems gaining access to the Russian archives?

I was back working in the Russian archives on The Fall of Berlin 1945 before the Russian edition of Stalingrad came out. This was no doubt a help, but suspicion of foreign historians and restrictions on access became a problem again towards the end of 2000, when fortunately I had just finished my archival research. I have heard from colleagues still trying to gain access to certain files how difficult things are again, but Russia is no longer the monolithic Soviet Union, just because officials in one area are defensive or even hostile, that does not mean that this is universal. I have had letters of appreciation from a wide range of people, including the Russian ambassador at the time here in London, and messages of support from the Committee of War Veterans in Volgograd – the former Stalingrad. I fear, however, that the documents from former Soviet archives in The Fall of Berlin 1945, will be rather hard for many Red Army veterans to take.

In The Fall of Berlin 1945, you chart the considerable level of devastation visited upon Berlin by allied bombers. How does this compare with what London suffered during The Blitz?

In rough terms, twice as many Berliners were killed in air raids as Londoners. But Berliners also had to contend with the idea that not only was Germany losing the war, but that the Red Army would be upon them and longing for revenge.

Did Berliners cope with the mass death and despair in a different way to Londoners?

There was a striking similarity in raucous humour between Berliners and Londoners. On the other hand, the Germans displayed a curious form of hypochondria with different air raid shelter groups following different theories of survival, whether exhaling the moment after a bomb exploded, or wrapping a towel round your head. In both cases, however, survival depended on living from hour to hour and plodding on with as little imagination as possible. Everyone is vulnerable to the highs and lows produced by wild rumours, and this was just as true in Berlin as in London.

How important, and successful, was the German propaganda machine in keeping moral high in Germany – especially at the point when, to all objective eyes, Germany’s defeat was imminent?

Goebbels, ever since the defeat at Stalingrad in February 1943, had manipulated alternatives shamelessly. Having promised certain victory before, he now promised a certain and terrible revenge by the enemy if they did not win. The German people found themselves trapped, having fallen for the Nazis’ lies and having participated in the terrible war on the Eastern Front. But many civilians still had no idea of how atrocious it had been, largely because soldiers home on leave had not wanted or felt able to talk about what they had seen. This is why the ferocity of Red Army revenge came as such a shock to many.

Can you explain why there were large numbers of foreign workers in Berlin, right up until the end in 1945? How were they treated?

There were around 300,000 foreign workers in and around Berlin at the beginning of 1945. Some were volunteers, who had come to work in Germany for better wages and in the hope of feeding their families in the occupied countries. Others were forced labourers, rounded up and transported in by rail. Many of them were also quite well treated, living in unlocked barracks, where they could come and go. But then there were the Ostarbeiters from the Soviet Union, and also Poles, who were treated little better than concentration camp prisoners.

How do you think the events of World War II would have changed if the July plot of 1944 (when an assassination attempt on Hitler’s life was made) was successful?

‘What-if’ questions of this nature are notoriously difficult. By 1944, the British, it must be remembered, were against the idea of assassinating Hitler, because it was clear that his direction of German war strategy had become disastrous. On the other hand, Hitler’s death would have led to intense competition between Himmler, Goering, Goebbels and Bormann, all of whom loathed each other, and this might well have proved a far greater handicap and ended the war more rapidly. But the basic problem was that the fear of the Red Army on the Reich’s eastern frontier was a far greater force for unity than Nazi propaganda had ever achieved.

Stalingrad and The Fall of Berlin 1945 are epic in scale and packed with detail; how much time and research went into writing them?

Both books took about three and a half years each to research and write. In the case of Berlin, however, I found that it was an even bigger story than I had imagined, with more archives in more countries to cover, so the pressure of work proved far greater. I only managed to finish it in the same time as Stalingrad because I had by then learned which German and Russian archives had which material. I also benefited greatly from contacts with survivors and historians made when researching Stalingrad. I was also helped tremendously by working with BBC Timewatch as they filmed my research. Their contacts, from all their previous films on the Nazis and the Eastern Front, were of inestimable value.

Have you been influenced by any novelists in particular, or by the storytelling qualities of any particular historians?

I owe a great debt to John Keegan, who taught me military history at Sandhurst and who inspired me with his ground-breaking book, The Face of Battle. The other historians I admire include, of course, the late John Erickson, a great man of great generosity, and Hew Strachan, the outstanding expert on World War I. There are strikingly few great novels about war, but I would unhesitatingly recommend Vasily Grossman’s Life and Fate, set largely in Stalingrad during the battle.

What was it like writing with your wife (Artemis Cooper). Was it difficult to separate your personal lives from your writing lives at the end of the day?

Writing with one’s wife inspires awe among friends, wondering how we do not come to blows, yet we have several married friends who write together too. Once you trust each other’s judgement – and if you don’t, forget the whole idea – then you have a huge advantage. Writing is a very lonely business, and to be able to do it as a couple is a great luxury and stimulus. You certainly never lack a subject for conversation. In any case, Paris After the Liberation was the most enjoyable book possible to research and write. Researching Stalingrad and Berlin was seldom pleasant, and sometimes traumatic.

What are you thinking of writing about next?

First, I will be editing with Luba Vinogradova, my Russian research assistant for the last seven years, the wartime papers of Vasily Grossman from an archive in Moscow. Then, I will start work on a new history of D-Day, finishing with the Liberation of Paris, so that it will also be a ‘prequel’ to Paris After the Liberation. I do not believe in anniversary publishing, so it will not – and it simply could not – be ready in time for the 60th anniversary in 2004. Perhaps publication will be in 2006.