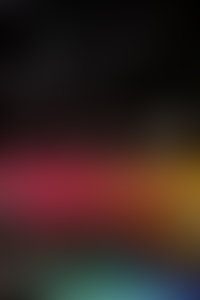 Chris Beckett is a university lecturer living in Cambridge, England. His short stories have appeared in such publications as Interzone and Asimov’s Science Fiction and in numerous “year’s best” anthologies.

PENGUIN RANDOM HOUSE: Do you think Dark Eden will resonate with American readers differently than how it resonated with those in the UK, where it was originally published? If so, how?

CHRIS BECKETT: It’s certainly not in any way a UK-specific story, taking place, as it does, so far away that it’s even outside of the galaxy. The characters aren’t British either. They are descended from a British woman and an American man, but they died well over a century before the book begins.

There are a couple of things that might possibly go down differently in America. Firstly, this is a story of settlers surviving and adapting in adverse circumstances, which is more part of America’s national heritage than Britain’s (the majority of us Brits have pretty much forgotten that our ancestors came from somewhere else!). Secondly, it draws on a biblical story, and I wonder if Americans are (on average) a little bit more tuned in to those stories than British people. I honestly don’t know if these things will make a difference or not, though I’ll be interested to see.

More generally, it’s a book about how cultures evolve and change, and I guess it will read differently depending on what culture you come from.

PRH: Dark Eden is so inventive – yet somehow rings reminiscent of stories we’ve heard of compounds, followings, and the like. Tell us: What first inspired this story of The Family and the world they inhabit?

CB: Every story draws on other stories, on the author’s own life, and on the world that the author inhabits, and it’s the weaving together of these elements that makes a story seem simultaneously new and familiar. (And we need both. A story that was in every way familiar would be boring; a story that was in every way strange would have no resonance at all.) Influences on the book (apart from the biblical story obviously), were Russell Hoban’s Riddley Walker, William Golding’s Lord of the Flies, Brian Aldiss’ Helliconia trilogy. There’s even a little bit of Tolkien’s Lord of the Rings. There must be a lot of other stories too that contributed in some way to this book. I recently re-read [Robert A.] Heinlein’s The Moon Is a Harsh Mistress, for instance, a favorite of my teenage years, and wondered if that too might have been an influence, for the narrator uses a Russian-influenced lunar English in which articles and other short words are frequently omitted.

Bits of my own life are in there too. For instance, John Redlantern’s first big transgressive act, which marks the beginning of the end of Family as a single community, seems to me to have roots in acts of defiance and rebellion in my own younger days, when sometimes (as is often the case for young people trying to break out into the world) I had to harden my heart and risk hurting or displeasing others, if I was to grow and become myself.

I think a lot about traditions and beliefs, and how they change over time, and many years of reflecting and reading about that are in this book. I’m struck by the way that quite small domestic stories – a row between two brothers for instance – became part of the Old Testament, and of a belief system that spans the planet. Even now, on Earth, when little children see their parents argue, it’s like the whole world is falling apart, but how much so that would be if their parents were the only adults they had ever seen, the ones they relied on for everything! No wonder people on Eden still remember rows that took place between their great great great grandparents, more than a century and a half on!

I could go on and on, really. Writing a novel like this is about making sideways connections, joining up diverse things. I’m interested in biology and evolution, for instance, and the amazing resourcefulness of life, the way living things survive in the most inhospitable places. I’m interested in leadership. I’m interested in the interplay between ruthlessness and gentleness. I’m interested in the complicated relationship between truth, falsehood, and meaning. Even the screen of an old Amstrad computer I used to own is in there! The glowing green letters first gave me the idea for a luminous forest, and at some point it dawned on me how rich in possibilities a sunless planet was.

PRH: What challenged you most while writing Dark Eden?

CB: The hardest part was that the whole story is narrated by people from Eden who have never seen anything but Eden, and yet I had to make their descriptions lively and comprehensible to people from Earth. At times it would have been so easy to evoke a thing by comparing it to something that my readers would instantly recognize, but I couldn’t do that, and had to work out other strategies. What’s more, Eden folk wouldn’t have retained ordinary English words for things that they had not encountered for generations. (A word like “shore,” for instance, isn’t going to still be extant in a society that has never seen a sea.) Sometimes all this could be very frustrating.

PRH: What might readers take away from Dark Eden that is most important to you?

CB: I am currently putting the finishing touches on a sequel of Dark Eden, to be called Mother of Eden. When I first wrote Dark Eden, I hadn’t planned to write a sequel, and saw it as a standalone book. I found I hadn’t finished with Eden, though, and went on to write this second book set some two hundred years on, when the events in Dark Eden have themselves turned into myths. Even this second book hasn’t quite finished it for me, it’s turned out, and I’m beginning to sketch out a third Eden book. I think that should just about do it!