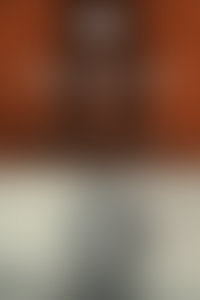 Alistair MacLeod was born in North Battleford, Saskatchewan, in 1936 and raised among an extended family in Cape Breton, Nova Scotia. He still spends his summers in Inverness County, writing in a clifftop cabin looking west towards Prince Edward Island. In his early years, to finance his education he worked as a logger, a miner, and a fisherman, and writes vividly and sympathetically about such work.

His early studies were at the Nova Scotia Teachers College, St. Francis Xavier, the University of New Brunswick and Notre Dame, where he took his Ph.D. He has also taught creative writing at the University of Indiana. Working alongside W.O. Mitchell, he was an inspiring teacher to generations of writers at the Banff Centre. In the spring of 2000, MacLeod retired from the University of Windsor, Ontario, where he was a professor of English.

He has published two internationally acclaimed collections of short stories: The Lost Salt Gift of Blood (1976) and As Birds Bring Forth the Sun (1986). In 2000, these two books, accompanied by two new stories, were published in a single-volume edition entitled Island: The Collected Stories of Alistair MacLeod. In 1999, MacLeod?s first novel, No Great Mischief, was published to great critical acclaim, and was on national bestseller lists for more than a year. The novel won the International IMPAC Dublin Literary Award, the Dartmouth Book Award for Fiction, the Thomas Raddall Atlantic Fiction Award, The Trillium Award for Fiction, the CAA-MOSAID Technologies Inc. Award for Fiction, and at the Canadian Booksellers Association Libris Awards, MacLeod won for Fiction Book of the Year and Author of the Year. No Great Mischief was also a finalist for the Pearson Canada Reader?s Choice Award at The Word on the Street.

Alistair MacLeod and his wife, Anita, have six children. They live in Windsor.

To Every Thing There Is a Season