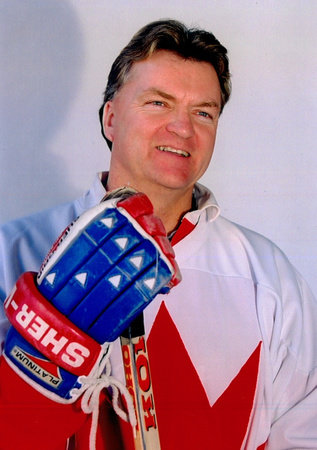 Liam Maguire became Canada’s unofficial hockey trivia expert in 1981. Since then he has made many appearances across the country at speaking engagements and on television and radio. He hosts an online show called Puckchat.com and works for the Ottawa Senators on pre and post game radio broadcasts. While Liam plays hockey in a local men’s league, his real hobby is answering everything and anything about hockey. He proposed to his wife at Montreal Forum’s centre ice on September 10, 1993. They were married the following year on the same day. No other couple ever got engaged on Forum ice during the entire 71 years, 3 months and 17 days of the building’s existence. Maguire lives in Osgoode, Ontario.