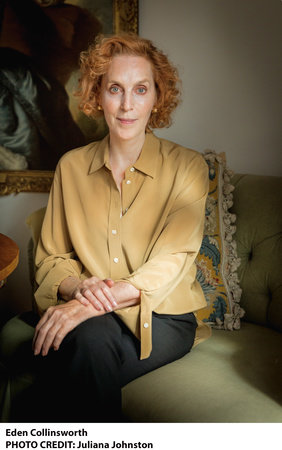 Eden Collinsworth is a former media executive and business consultant. She was president of Arbor House Publishing Co. and founder of the Los Angeles–based monthly lifestyle magazine Buzz, before becoming a vice president at Hearst Corporation. She served as the chief of staff at the EastWest Institute, a global think tank; in 2011—after writing a best-selling book in China for Chinese businesspeople on Western deportment—she launched Collinsworth & Associates, a Beijing-based consulting company, which specialized in intercultural communi­cation. The author of I Stand Corrected: How Teaching Western Manners in China Became Its Own Unforgettable Lesson, she currently lives in London.

What the Ermine Saw