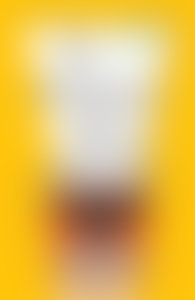 Joanna Rakoff’s novel A Fortunate Age won the Goldberg Prize for Jewish Fiction by Emerging Writers and the Elle Readers’ Prize, and was a New York Times Editors’ Choice and a San Francisco Chronicle best seller. She has written for The New York Times, the Los Angeles Times, Vogue, and other publications. She lives in Cambridge, Massachusetts.

PENGUIN RANDOM HOUSE:The world of The Agency – a world without computers – was anachronistic even when you entered it in 1996. On the one hand, your boss seems extraordinarily silly, almost perverse, when she frets over the introduction of even one computer (and the fact that she forces you to type out the same letter manually over and over again seems sadistic). On the other hand, her worries that computers will lead to distraction seem to have been vindicated by the last two decades. What was it like to revisit this computerless world when you wrote the book (presumably on a computer)?

JOANNA RAKOFF: Well, there were ways, though, in which my boss was quite prescient in her confusion over and skepticism of all things digital. During the year in which I worked there, the agency was locked in battle with one particular publisher, over a clause they’d put in their contracts that granted them ownership of all electronic rights. My boss, in part because she didn’t understand the extent to which the world was changing, simply refused to give away these rights. And it was enormously smart of her. Though there’s an irony, of course, in that she fought so hard for these rights because she didn’t understand what they construed. (Though no one fully did at that moment.)

That aside, yes, revisiting this era – in which an office could, sort of, barely, function without computers – was really fun, actually. I hadn’t realized how fully and completely the world had changed until I sat down to write the book, and it was amazing – overwhelming – to contemplate the scope of it all. Perhaps the thing that struck me most was the ways in which, back in 1996, you could simply not know things, or the way we all knew so much less about everything, if that makes sense. As in, I took this job at the agency, found out Salinger was a client, but I couldn’t Google Salinger and find out every possible thing about him. I knew what my co-workers and friends and acquaintances told me, or what I happened to read, but there was much mystery to him, and to everyone, to life. I don’t mean at all to romanticize it. I love Google. I just mean that our brains functioned differently before one had access to all information at all times.

I was, also, struck by how different life was before cell phones and social media. The ways in which a person could just wander without distractions, without texts popping up and checking Facebook, and one’s mind always going in a million directions. I don’t want to sound like an old curmudgeon – and I love my iPhone as much as the next person – but I really do miss that freedom. The freedom to not be in touch.