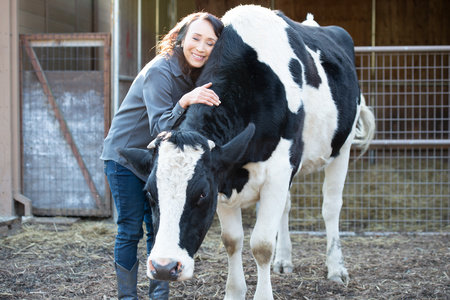 Miyoko Schinner is the founder of Miyoko’s, the fastest-growing plant-based cheese and butter company in the country, carried in more than 29,000 retailers nationwide, plus Canada and Australia. Schinner is the author of four cookbooks, including The Homemade Vegan Pantry; cohost of the national PBS cooking show Vegan Mashup; a sought-after speaker for events and conferences; and cofounder of Rancho Compasión, an animal sanctuary that is home to over a hundred farm animals. She has been featured in Bloomberg, the New York Times, Washington Post, Los Angeles Times, HuffPost, and Food & Wine, and was named to the Forbes 50 over 50 list in 2021 as one of the country’s top women who are changing the world.