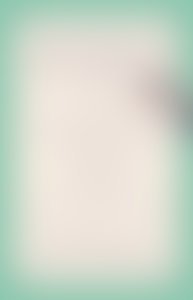 Formerly a successful businessman, N. M. Gwynne has for many years been teaching just about every sort of subject to just about every sort of pupil in just about every sort of circumstance—English, Latin, Greek, French, German, mathematics, history, classical philosophy, natural medicine, the elements of music and “How to start up and run your own business”—in lecture-halls, large classrooms, small classrooms and homes—to pupils aged from two years old to over seventy—of many different nationalities and in several different countries—and since 2007 “face-to-face” over the Internet. English grammar has been the basis of many of the subjects he has taught.

His teaching methods are very much in accordance with the traditional, common-sense ones, refined over the centuries, that were used almost everywhere until they were abolished worldwide in the 1960s and subsequently. His teaching has been considered sufficiently remarkable—both in its unusualness in today’s world and in its genuinely speedy effectiveness—to have featured in newspaper and magazine articles and on television and radio programmes.

Sign me up for news about N.M. Gwynne and more from Penguin Random House