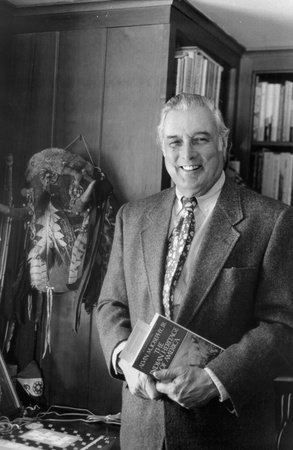 Alvin M. Josephy, Jr., a leading historian of the American West, was the author of many award-winning books, including The Patriot Chiefs, The Indian Heritage of America, Now That the Buffalo’s Gone, The Civil War in the American West, 500 Nations, and A Walk Toward Oregon. He was a vice president and editor of American Heritage magazine, the founding chairman of the board of trustees of the Smithsonian’s National Museum of the American Indian, and president of the Western History Association. Josephy died in the fall of 2005.

Sign me up for news about Alvin M. Josephy, Jr. and more from Penguin Random House

Lewis and Clark Through Indian Eyes

The Civil War in the American West