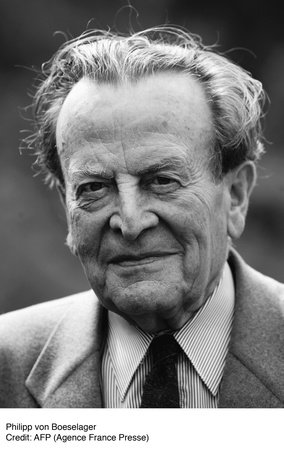 Philipp Freiherr von Boeselager was born in Bonn, Germany, in 1917, the fifth of nine children. He was raised with a liberal education, strong moral and religious values, and a love of hunting. In 1938, he enlisted and was placed in the cavalry regiment. He rose to the rank of commanding lieutenant, only to join the German resistance in 1941. His participation in Valkyrie went undetected, and he lived to be the last surviving member of the plot. In 2003, France awarded von Boeselager the Legion of Honor. He died on May 1, 2008.