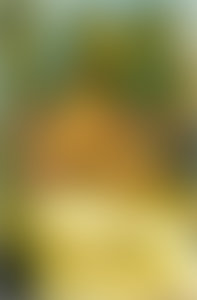 Arrian, or Lucius Flavius Arrianus, was a Greek born of well-to-do parents at Nicomedia, the capital of the Roman province of Bithynia, probalbly a few years before A.D. 90. His father had been granted Roman citizenship which enabled Arrian to take up his career in the imperial service. In about A.D. 108 he studied philosophy under Epictetus and wrote down his sayings in the Discourses, and a summary of his teachings in a Manual. His imperial advancement was rapid, and in A.D. 129 or 130 he achieved the consulship. But it was his appointment as governor of the border province of Cappadocia a year later which shows how greatly the Emperor Hadrian trusted his undoubted military and administrative abilities. His command included two Roman legions and numerous auxiliary troops, a rare, perhaps unexampled, responsibility for a Greek at that time. In A.D. 134 he drove the invading Alans out of Armenia in a campaign he describes in The Formation against the Alans. He also wrote a Tactical Manual for cavalry, and the Circumnavigation of the Black Sea, an account of the voyage he undertook from Trapezus to Dioscurias in 131-2. He retired or was recalled before the death of Hadrian in 138, and devoted the rest of his life to writing, living at Athens. He became an Athenian citizen and rose to be chief magistrate in 145, which qualified him to become a member of the Areopagus, the chief governing body of Athens. Nothing further is known for certain of his life. The surviving works of Arrian’s Athenian period are a handbook, On the Chase, The Campaigns of Alexander in seven books, and the Indica, an account of the voyage of Alexander’s fleet form India to the Perisian Gulf.