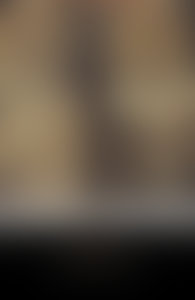 Eusebius (A.D. c. 260–339) was a Greek Christian writer, often called the ‘Father of Ecclesiastical History.’ He was born in Palestine and educated at Caesarea, the city of which he later became bishop.

Eusebius’ voluminous literary remains may be grouped into four categories: the historical, the apologetic, the Biblical and the dogmatic. The Ecclesiastical History comprises ten books, covering the period from the foundation of the Church to the defeat of Licinius in 324. A Preparation for the Gospel, in fifteen books, shows that Christians rightly prefer Judaism to paganism, and its continuation, the Proof of the Gospel, shows how the Christian religion is the fulfilment of the Old Testament. Among Eusebius’ other works are the Onomasticon, a gazeteer of Bible sites, Commentary on the Psalms, of which only fragments remain, and the two books Against Marcellus.

Sometimes termed the ‘Christian Herodotus,’ Eusebius has earned legitimate fame as the historian of Christian antiquity.

The History of the Church