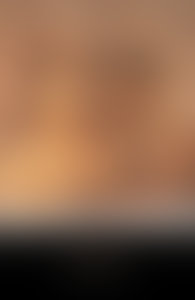 Less is known about the life of Juvenal (D. Iunius Iuuenalis) than was once believed – a key source, an inscription naming one Iunius Iuuenalis, refers to a later descendant, not the satirist – and such evidence as there is remains sadly inadequate. Much of it comes from Juvenal’s own work. We know that the family was from Aquinum in Latium near modern Monte Cassino. One ancient Life offers a plausible birth date of AD 55. Another states that till middle-age Juvenal practised rhetoric, not for professional reasons but as an amusement, which implies a private income. Book I of the Satires was not published till c. 110-12, when the poet was in his fifties, and is clearly the work of an impoverished and embittered man who has come down in the world – a hanger-on of wealthy patrons with a chip on his shoulder – but the precise circumstances of Juvenal’s fall from grace are unclear.

The Lives all agree that he was exiled for an indiscreet lampoon of the jobbing of appointments by a Court favourite. But they do not agree as to where he was sent or which emperor was responsible, and Juvenal never refers to the matter. Many doubt whether he was exiled at all. If he was, it was almost certainly by Domitian, c. 93, to Egypt. In any case he must have lost his patrimony. It is reasonable to assume that he was recalled after Domitian’s assassination in 96. After Hadrian’s accession he seems to have acquired a small farm at Tivoli and a house in Rome. His last and unfinished (or partially lost) collection appeared c. 128-30. He may have died then: at the latest he is unlikely to have survived long after Hadrian’s death in 138.