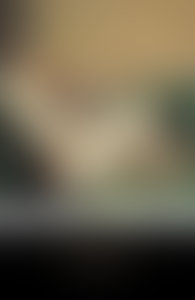 Charles-Louis de Secondat was born in 1689 at La Brède, near Bordeaux, into an eminent family of parlementaires. His mother died when he was ten and Charles-Louis was sent to Paris to be educated and completed a law degree in Bordeaux in 1708. He returned to Paris in order to finish his education, staying until his father died in 1713. In 1714 he became a councilor at the Bordeaux Parlement and a year later married a Huguenot lady, Jeanne de Lartigue, probably for her money. They had three children. A year after their marriage Charles-Louis inherited the barony of Montesquieu and the post of président à mortier at the Bordeaux Parlement and five years later, in 1721, he published anonymously in Holland the Persian Letters, which ran into ten editions in one year. From 1721 to 1725 he lived in Paris frequenting fashionable society and conducting several love-affairs. He sold his post of président in 1726 because of financial difficulties, was elected to the French academy in 1727 and spent the next three years traveling in Europe (he stayed about eighteen months in England and became a freemason). He returned to France working mainly in Paris but occasionally traveling to the southwest to look after his estates and wine business. During this period his persistent eye troubles got worse and he gave up freemasonry because of the Church’s disapproval. In 1748 he published his most important work, The Spirit of Laws, which made an immediate impression and caused a lot of controversy. Montesquieu died in Paris of a fever in 1755. In 1751 The Spirit of Laws was placed on the Vatican Index and likewise the Persian Letters in 1761.