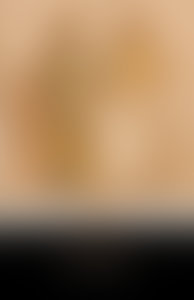 Menander (341-290 BC) was the most distinguished author of Greek New Comedy. An Athenian of good family, he wrote over a hundred plays, although only one survives intact today: Dyskolos or Old Cantankerous. This won the prize in 316 BC and was recovered from an Egyptian papyrus as recently as 1958. Many more fragments of his plays have since been discovered, and some sizeable pieces from The Rape of the Locks, The Arbitration and The Girl From Samos have been known since 1907. These confirm Menander’s skill in drawing humorous or romantic characters and making good dramatic use of a limited range of plots with stock scenes of disguise and recognition. Menander’s plays were revived in Athens after his death and some of them were adapted for the Roman stage by Plautus and Terence, through whom they strongly influenced light drama from the Renaissance onwards.