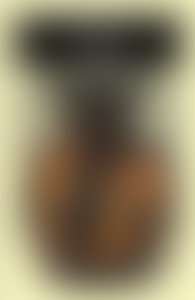 Pindar was born in 518 BC near Thebes in Boiotia of an aristocratic family which sent him in boyhood to study music and poetry at Athens. When he was only twenty he was commissioned by the royal house of Thessaly to write Pythian X, and he soon found patrons in many parts of Greece and in Sicily, which he visited in 476. Pindar and the aristocratic families with whom he was at home in most parts of Greece, particularly in Aigina, were little interested in the new ideas which Athens was enforcing on Greek cities. When Pindar praised his own special world in 474 he was reprimanded and fined at Thebes. He realized how dangerous Athens was to his kind of society when, after 460, fIrst Aigina, then Boiotia was conquered. Pindar reached the height of his fame and found the fullest scope of his powers in the seventies and sixties of the fifth century. He died at Argos c. 438. In antiquity his poems were collected in seventeen books, from which survive, more or less intact, four books of Epinician Odes — choral songs written in honor of victories in the great Games.