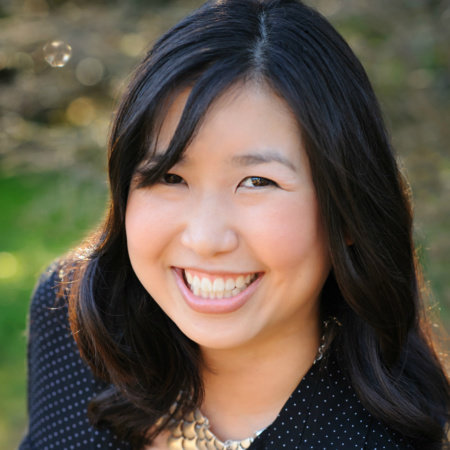 Traci Chee is an all-around word geek, she loves book arts and art books, poetry and paper crafts. She studied literature and creative writing at the University of California, Santa Cruz, and earned a master of arts degree from San Francisco State University. Traci grew up in a small town with more cows than people, and now feels most at home in the mountains, scaling switchbacks and happening upon hidden highland lakes. She lives in California with her fast-fast dog.

Sea of Ink and Gold

Traci Chee is the author of The Reader, and its follow-up The Speaker, due out on November 7, 2017. We spoke with her at San Diego Comic Con 2017.

PENGUIN RANDOM HOUSE: What would I need to know if I’m new to the series?

Traci Chee: The Reader is a young adult fantasy set in a world where pretty much no one can read except for a secret society that has hoarded literature from the rest of the world. They’re puppet mastering things in order to gain control. However, they lost their most precious and powerful book to a teenager. This 16 year-old girl can’t read, but the book is the key to figuring out the mystery of who killed her family and why, and how they’re connected to this society she’s been running from her whole life.

PRH: The premise is pregnant with social implications, among them, obviously, the power of literacy. It is amazing to me that we still have a significant percentage of people who cannot read in our society. There’s also the limits that people have put on women before, including not teaching them to read. Were these issues in mind when you wrote the book?

TC: Absolutely. I’ve always been a huge reader, and reading books has changed completely how I view the world. I would not have looked at the world the way I do without being exposed to other viewpoints. There’s something powerful about being able to communicate with people and influence them through the written word. That was definitely on my mind when I was writing The Reader and The Speaker. Regarding women, I intentionally made this a society where there is some sexism. This is not a matriarchal society, nor is it one in which men and women are equal. Having that has made this an interesting project.

PRH: What is the new book about? Where does The Speaker pick up the story?

TC: At the end of The Reader, we have some big reveals connected the various storylines. The Speaker picks it up after the characters’ world has fallen down around their ears. They figure out who they are after they have this new information about their enemies and allies, and how to navigate this world while being true to what they believe as it becomes increasingly more complicated.

PRH: Power is an element here. Once you’ve assumed the power that privileged people have, do you become one of them or stand against them?

TC: Yes, absolutely, because these main characters are becoming more powerful. They have to figure out what their responsibilities are to fight back against what they seen as wrong. How far can they go down what is kind of a darker path to stop them, but still live with themselves? I’m excited about this. The Reader has eight points of view, and The Speaker has 10, so it is getting increasingly more complicated and, hopefully, more exciting.