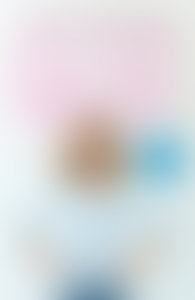 JENNY MOLLEN is an actress and the New York Times bestselling author of I Like You Just the Way I Am, as well as the writer, executive producer, and star of a television series for ABC Digital based on the book. She was a columnist for Playboy Online and The Smoking Jacket and has contributed to Cosmopolitan, Glamour, New York, and Elle.com. She has been heralded by The Huffington Post as one of the funniest women on both Twitter and Instagram, and named one of Five to Follow by T Magazine.

As an actor and writer, Jenny Mollen seems most comfortable when blending her personal and professional lives as much as possible. On Twitter and Playboy online, and in publications such as Glamour and New York, she has eagerly shared everything from her sex life and pet obsessions to her celebrity life as the wife of “American Pie” actor Jason Biggs, usually laced with an appealingly comic self-awareness.

An actress who’s appeared in movies (“My Best Friend’s Girl,” “Crazy, Stupid, Love”) and television (“Angel,” “Girls”), Mollen broke on to the bestseller lists in 2014 with her debut collection of humorous essays I Like You Just the Way I Am: Stories About Me and Some Other People. Her follow-up Live Fast Die Hot, in which she exposes a fraught relationship with new motherhood that’s as amusing as it is confusing, was published in June.

Mollen will next appear in the big-screen comedy “Amateur Night,” opening Friday, August 5, as the beleaguered, pregnant wife of a listless man played by — you guessed it — Biggs, with whom she had a son two years ago. Written and directed by Lisa Addario and Joe Syracuse (“Lover Girl,” “Parental Guidance”), the film follows a talented but frustratingly unemployed man who finally takes a gig driving sex workers to jobs around L.A. as a way to show his commitment to supporting his wife and in-utero daughter. (Long married, the filmmakers based the story on their own wacky experiences, which you can read about here.)

A UCLA School of Theater, Film and Television graduate, the thirty-six-year-old Mollen is currently adapting Live Fast Die Hot as a potential movie and getting ready to shoot an ABC web series based on I Like You Just the Way I Am in which she’ll star (yes, with Biggs).

She recently spoke with Penguin Random House about her dual creative roles, her eclectic reading list, and how her own mishaps compare with those of the out-of-his-league “Amateur Night” protagonist.

PENGUIN RANDOM HOUSE: When you were first thinking of writing a book, were there other memoirs, books, or writers you were influenced by in terms of what kind of book you wanted to write?

JENNY MOLLEN: Chelsea Handler is a good friend of mine, and I always was inspired by the fact that she was taking her life and turning it into these ridiculous, raunchy memoirs. She really has a talent, and she’s a great writer. I was inspired by her trajectory. I never thought I would write a book, though. That just kind of happened over time. I had written enough essays online that I had enough material, but it wasn’t something I ever set out to do until I was doing it.

PRH:Are there other women (or men, I guess) in comedy writing or performing that you feel paved the way for talking so openly about parenthood, especially as a mother?

JM: I don’t think enough women are being honest about motherhood. Particularly the aspect of motherhood that I’m trying to address, which is that sort of post-partum, I-just-had-a-baby, oh my God, how am I supposed to be the White Knight when I’ve spent my life being a Damsel in Distress? That’s why I wanted to write the book. I specifically set out not to write a book about having a baby, because I would never want to read a book about having a baby. That may be the catalyst for a lot of it, but really, the book is about my internal journey, and ‘how do I become the mother that I always wanted when I didn’t have the mother I always wanted?’

PRH: You’re not exactly known for self-censorship. But were there any stories you were thinking of including in Live Fast Die Hot where you ultimately thought, Mmm, I think I won’t put that one out there?

JM: [long pause] No. [laughs] The first book was harder, because I had a number of essays that I had done, and choosing which to use was a challenge, because I was like, Where do I begin? What story am I going to tell? I don’t want to get into a lot of my childhood because who cares, the fun stuff happens later… But with this, it was so much more linear, and I included all of it.

PRH:What do you read for pleasure? What would surprise people to know that you read?

JM: I just read a book about President Garfield. It’s a bestseller by Candice Millard. [Destiny of the Republic: A Tale of Madness, Medicine and the Murder of a President.] I read The First Bad Man by Miranda July, and I just thought, oh my God, I’ll never be this good. That book is so incredible. And I just read The Year of Magical Thinking, because I lost my dog. I bought the “Hamilton” book [Hamilton: The Revolution], even though having Hamilton out when I’m trying to have a nonfiction bestseller is really kind of a bummer. [laughs]

PRH: Do you and Jason ever read together? If so, what would be a typical juxtaposition of books you’d each be reading?

JM: Jason reads more magazines and newspapers. He has the same couple of books sitting on his nightstand that he’ll get half way through and then go to the next book. He’s that guy. But it’s always about aviation or scuba diving — accounts of heroism and action-adventure-y type stuff. And I’m always reading the more depressing, darker books. The books on my nightstand are so bizarre, very eclectic — like, every German author, and then I have a couple of books by this ex-boyfriend of mine there. I just want to make sure that he’s not too much better than I am! [laughs]

PRH:Was it strange in “Amateur Night” playing the wife of your real-life husband?

JM: No, because he is my co-star in life and everything that I write. There’s so much dialogue in both my books, and in my head I’m always acting out a scene with Jason. I spend my days doing that even when I’m not with him, so doing it for real felt very natural.

PRH: Your character is pregnant in the movie. Was that horrifying to be pretending to be in that state since you now know exactly what it entails?

JM: I was so pissed. I had just had a baby seven months earlier, I was finally skinny again, and I get there and they’re like, “You’re going to be wearing this. And you’ll wear your hair up in a disgusting bun the whole time.” It was so annoying. I had just spent nine months looking hideous!

PRH: How do the shenanigans in “Amateur Night” compare to those you’ve gotten into in your personal life?

JM: They seem tame — aside from the police. I have such a fear of police in general that, thank God, in my own life I’ve been able to keep myself out of jail.