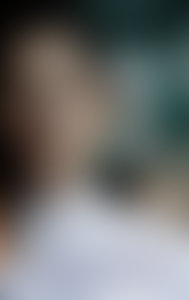 Elizabeth Moon grew up on the Texas border, served three years of active duty in the USMC (1968–71), and now lives with her husband, also a veteran, near Austin, Texas. She has published more than twenty-five novels, including Nebula Award winner The Speed of Dark, Hugo finalist Remnant Population, and the enduring epic fantasy series The Chronicles of Paksenarrion. She has published more than fifty short-fiction pieces in anthologies and magazines and in four of her own short-fiction collections, most recently Moon Flights and Deeds of Honor. When not writing, Moon enjoys photographing native plants and wildlife, knitting socks, and cooking.

Kings of the North

Why I Write Military Science Fiction

Three things pushed me toward writing military SF. The first reason is history. In the long history of humanity so far, war is almost as constant as death and taxes. Since the best guide to future behavior is past behavior, the constancy of intertribal conflict suggests that there will be war for a very long time to come.

The second nudge towards military SF was personal experience. I grew up among veterans of WWII and Korea, men and women who are now called “the greatest generation.” I knew them as interesting, competent adult civilians long before I knew about their military experience. I admired them for their hometown skills in stringing wires and farming and frying chicken and making bread before I knew that they’d been Seabees and Army nurses and paratroopers and pilots. That early experience among veterans led me to join the military myself, where even so brief a period of active duty–three years–made permanent changes and still affects my life today.

Finally, there’s science fiction, which makes possible stories that cannot be written in the here and now, stories which can deal with ideas and issues in ways that leapfrog barriers in the readers’ minds.

Besides the obvious crash-bang-boom of armed conflict, there are deep moral, ethical, social, and political issues that engage everyone who joins any military organization, and these deserve thoughtful consideration, not sound-bite dogma. Soldiers come to the military with attitudes and ideas already formed, with cultural and personal pressure behind them. No matter how hard a military organization tries to make its members into identical units, individuals remain individuals, and the sandblasting of military discipline reveals more than it conceals. Some of the issues soldiers face in our military today will still be around in future wars; others may vanish with changes in both technology and society.

It’s the sharp ends where character meets conflict, where preconceptions meet reality, that make up the stories I like to write…and for a lot of such stories, the natural home is military SF.