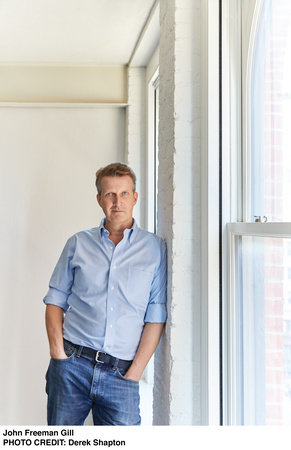 John Freeman Gill is the author of the novel The Gargoyle Hunters (Knopf/Vintage), a Barnes & Noble Discover Great New Writers selection. A native New Yorker, he is a former reporter for the New York Times City section. His work has been anthologized in The New York Times Book of New York and More New York Stories: The Best of the City Section of The New York Times. His writing has appeared in The Atlantic, The New York Times Magazine, The New York Times Book Review, The Washington Post Book World, New York magazine, Literary Hub, Salon, the International Herald Tribune, and elsewhere. A summa cum laude graduate of Yale University, where he won two prizes and was elected to Phi Beta Kappa, he received an MFA in writing from Sarah Lawrence College. He lives in Brooklyn with his wife, three children, and a smattering of gargoyles.