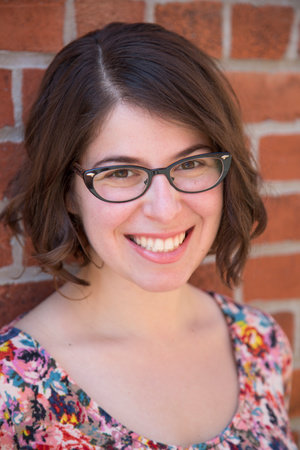 Rachel Ignotofsky is a New York Times bestselling author, illustrator, and designer. Rachel and her work have been featured in many print and online media outlets such as the New York Times, Los Angeles Times, Scientific American, Science Friday, Brain Pickings, and more. She is the author of Women in Science, Women in Sports, Women in Art, I Love Science, and The Wondrous Workings of Planet Earth. She is a graduate of Tyler School of Art’s graphic design program.

The History of the Computer

Tips for growing as an artist | Illustrator Rachel Ignotofsky

Tips for growing as an artist | Illustrator Rachel Ignotofsky

Writer and artist Rachel Ignotofsky is the author and illustrator of Women in Sports, and Women in Science: books that shine a light on the forgotten contributions of the world’s greatest female athletes and scientists. This conversation with Ignotofsky took place at San Diego Comic Con 2017.

PENGUIN RANDOM HOUSE: Where did you get the ideas for the Women in… series? What got your pen moving?

Rachel Ignotofsky: It all started with Women in Science. I have a lot of friends in education, and we were having conversations about how they didn’t have materials in their classroom to get little girls interested in math. My best friend was a math teacher, at the time. I was complaining that I didn’t grow up with any books, cartoons, or comic books about women throughout history, and then I realized that I actually have the skills to do this myself: I’m an illustrator, a designer, and I’m going to be a writer now. I started drawing women in science throughout history who I thought were really important. That’s how the book was born.

There were so many untold stories in other fields, so I decided to do Women in Sports next. What’s the biggest, basest stereotype about women? It’s that our bodies are inherently weak. What does weakness mean? If you’re weak, then how can you lead? It’s a stereotype that we have to break down and destroy. What better to do that than stories of women throughout history who can bench press 300 pounds and are basically superheroes?

PRH: I would say that things like mixed martial arts have taken that idea and put it into focus. Anyone who has trained with a proficient female martial artist knows that these things aren’t actually true, and that women are perfectly capable of taking care of themselves.

RI: Ronda Rousey is in the book: Rowdy Ronda. On her page, we talk about Strikeforce and how that began, and the women who came before her who proved that women aren’t just there to hold up numbers in the ring: They’re there to fight, too.

PRH: Her mother was a Judo champion, I think.

PRH: Sports cross gender lines. Will guys be interested in this regardless of whether you wrote the book to share role models for women?

RI: I hope so. I hope that for both of my books, whether it is science or sports, they read them and become acquainted with these women and the struggles they had to go through to be able to pursue their passions.

PRH: Who are some of your favorite women scientists?

RI: Lise Meitner, she’s a huge one. She was working at a time in Berlin when women weren’t even allowed in University. She worked in a dark basement all alone. Finally, once she was accepted as a women in the science community, the rise of Hitler came and as a Jew she was forced into exile. While in hiding in Sweden, she discovered fission. Think about that: In hiding, after not being allowed to practice science because she was a women and a Jew, she discovered how the atom breaks apart and creates atomic energy. How big is that? There are stories like that throughout. Katherine Johnson, throughout segregation, fought her way to find her space at NASA and calculated the flight path for the first mission to the Moon. There are plenty of stories like that in the book. Your heart feels so indebted to these women when you read these stories.

PRH: Do you think that you’ve got another book coming? Maybe a Women in History or Women in Art?

RI: Right now, I’m working on a book titled Ecosystems in the World. It focuses on ecology, preservation, and how these things are connected. After that, I’m jumping straight into Women in Art. I’m very excited about that.