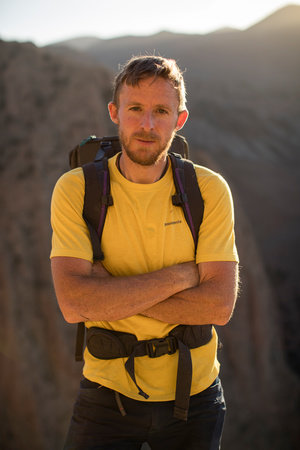 Tommy Caldwell grew up in Colorado. He has made dozens of notable ascents, and many consider him the best all-around rock climber in the world. In 2014 he was chosen as one of National Geographic’s Adventurers of the Year, and in 2015 the American Alpine Club awarded him Lifetime Honorary Membership, its highest honor. Caldwell, a frequent contributor to Alpinist, Climbing, and Rock and Ice magazines, lives in the town where he first learned to climb, Estes Park, Colorado, with his wife and their son and daughter.