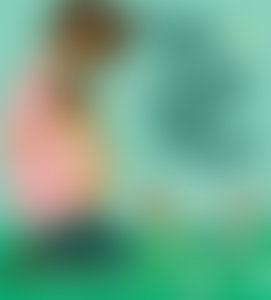 Andrea Pippins is the creator of the coloring book I Love My Hair and the interactive book Becoming Me: A Work in Progress and the illustrator of Young, Gifted and Black, which received multiple starred reviews and which the New York Times called “hard to resist.” She is an influencer, an artist, a designer, and an educator with a penchant for cool and a personality as warm as her Brazilian roots. Her work can be seen in magazines and on television as well as on clothing and stationery. She also produces digital and screen-printed artwork in which she explores color, pattern, and texture while interpreting her personal experiences as an African American woman. Andrea lives in Stockholm, Sweden, where you can often find her dancing in her living room with the samba music way up. Learn more at andreapippins.com.

Who Will You Be?

Becoming Me: A Work in Progress

I Love My Hair