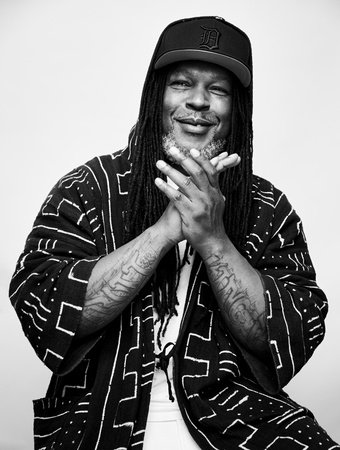 Shaka Senghor is the New York Times bestselling author of Writing My Wrongs: Life, Death, and Redemption in an American Prison, a leading voice on criminal justice reform, a tech investor, a lecturer at universities, and the head of Diversity, Equality & Inclusion at TripActions, a travel management and expense start-up. Senghor is a former MIT Media Lab Director’s Fellow, a former fellow in the inaugural class of the W.K. Kellogg Foundation Community Leadership Network, and a member of Oprah Winfrey’s SuperSoul 100. In the decade since his release from prison, he has started and worked with nonprofits seeking to lift people up, visited the White House, been interviewed by Trevor Noah and Oprah Winfrey, and given award-winning TED Talks, all with the goal of building a more inspired, just, fulfilling future.

Letters to the Sons of Society