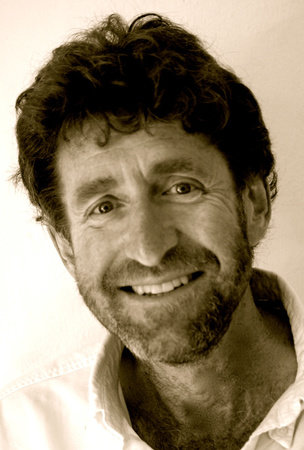 In 1983 storyteller Joel ben Izzy graduated from Stanford University and set off to travel the globe, gathering and telling stories.  Since then, he has performed and led workshops in thirty-five countries. Over the years he has also produced six recorded collections of his stories,  which have won awards from Parents’ Choice foundation, NAPPA, the ALA, and a Booklist Editor’s Choice Honor.  Joel is also one of the nation’s most sought-after story consultants, supporting organizations and leaders working to make the world a better place, with clients in fields ranging from philanthropy to medicine to technology to entertainment. Joel’s first book was the highly acclaimed memoir The Beggar King and the Secret of Happiness,which has been published in seventeen languages and is currently in development as both a film and a musical. He lives with his wife, Taly, in Berkeley, California. They have two grown children.

Dreidels on the Brain