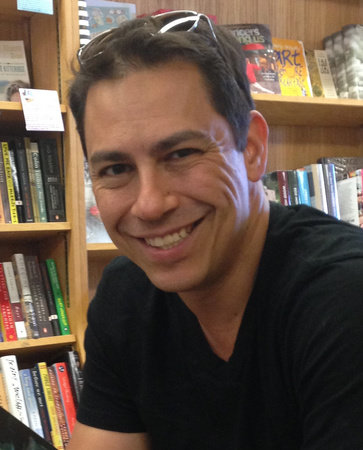 Paul Durham was raised in Massachusetts and went to college and law school in Boston–a city with a shortage of gargoyles even back then. His debut novel, The Luck Uglies, earned the Cybils Award for Middle Grade Speculative Fiction and was named an ALA-ALSC Notable Children’s Book, a New York Public Library 100 Titles for Reading and Sharing selection, and a Kansas City Star Best Book of the Year.

Paul lives in New Hampshire with his wife, two daughters, and an enormous, bushy creature the local animal shelter identified as a cat. He can be found writing in an abandoned chicken coop at the edge of a swamp, online at pauldurhambooks.com, or on Facebook, Instagram, and Twitter at @pauldurhambooks. You can also listen to him tell fibs on his iTunes podcast, Telling Lies to Children.