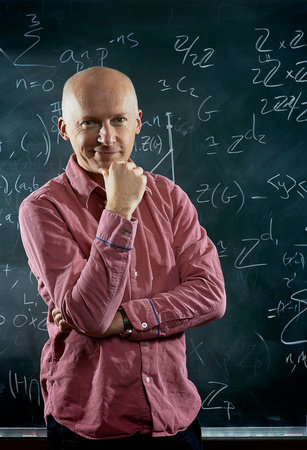 Marcus du Sautoy is the Charles Simonyi Professor for the Public Understanding of Science at Oxford University, a position previously held by Richard Dawkins, and the bestselling author of The Music of the Primes. He has received the Berwick prize, given to Britain’s most outstanding young mathematician, and the Royal Society’s Faraday Prize for excellence in communicating science. Amember of a theatre group who is speaks frequently about the ties between art and science, he contributed thoughts on time to Simon McBurney’s Encounter and created the codes for Lauren Child’s Ruby Redfort detective series. He has written and presented more than a dozen popular television series, including The Story of Maths, The Code, and Music of the Primes. He was made an Officer of the British Empire by the Queen for his services to Science.