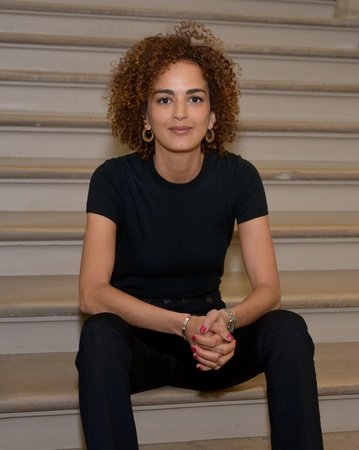 Leila Slimani is the bestselling author of The Perfect Nanny, one of The New York Times Book Review‘s 10 Best Books of 2018, for which she became the first Moroccan woman to win France’s most prestigious literary prize, the Goncourt. Her first novel, Adèle, about a sex-addicted woman in Paris, won the La Mamounia Prize for the best book by a Moroccan author written in French and gave rise to her nonfiction book Sex and Lies: True Stories of Women’s Intimate Lives in the Arab World. A journalist and frequent commentator on women’s and human rights, Slimani spearheaded a campaign–for which she won the Simone de Beauvoir Prize for Women’s Freedom–to help Moroccan women speak out, as self-declared outlaws, against their country’s “unfair and obsolete laws.” She is French president Emmanuel Macron’s personal representative for the promotion of the French language and culture and was ranked #2 on Vanity Fair France’s annual list of the Fifty Most Influential French People in the World. Born in Rabat, Morocco, in 1981, she now lives in Paris with her French husband and their two young children.