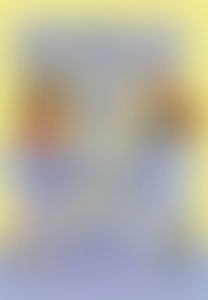 Margaret Mincks grew up the second oldest of eight kids. When she wasn’t swimming, acting, making up slightly disturbing songs, or filming B-movie parodies with siblings and friends, she was writing stories. After graduating from the University of Virginia, she moved to Chicago to perform improv comedy with the iO Theater. She later worked at Spider, a literary magazine for six- to nine-year-olds, as an editor. She now lives in Florida with her family.