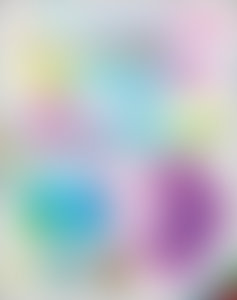 Kiki Prottsman is an educator and vibrant YouTube personality. She wrote My First Coding Book for DK. Curriculum Development Manager at Code.org and a former computer science instructor at the University of Oregon, she is a Member of Mensa, and a past Chair of Women in Computer Science. Kiki also writes for the Huffington Post, and has graced the cover of Open For Business magazine. As a champion for responsible computing and equality in both CS employment and education, Kiki works with many organizations to improve the experience of girls and women in STEM. Her landmark work with the hands-on Traveling Circuits computer science curriculum helped Thinkersmith receive the 2013 Google RISE Award for excellence in Science and Engineering. She currently sits on the Advisory Board for Wonder Workshop Robotics, while also playing an advisory role in many STEM grant projects.

How to Be a Coder

You might not know Kiki Prottsman, but the tech-loving kids in your life probably do. She’s the Education Program Manager for code.org, and author of My First Coding Book: an introduction to programming for young children. Prottsman also penned the foreword to Star Wars Coding Projects, the book she was signing when we met her at SDCC 2017. We spoke with Prottsman about teaching children coding and her background as a kid coder and Star Wars fan.

PENGUIN RANDOM HOUSE: I grew up in a time when coding wasn’t something we had access to. How is it different for a child these days?

Kiki Prottsman: The problem is that in a lot of places it’s not different for children these days. In the UK and Italy, they’re doing computer science across the board starting in kindergarten. Many places in America haven’t even started them yet. There are some places where it is happening, though. Arkansas, Virginia, and California are all bringing in computer science all the way down to Kindergarten, and that’s a whole different market and set of curricula than they used to have for teaching computer science.

PRH: What is your background as a coder?

KP: I learned very young, but my dad programmed. I was home sick one day when I was probably eight or nine, and he gave me a book on BASIC. That was back in the old days when you had the CDOS; not even Windows. I read the whole book, and by the time my mom came home from work, I had written a little program where if you put in your eye color and hair color, it would tell you which member of our family you were. I was so proud of myself for doing that. I felt like a programmer from then on, so I’ve always thought of myself as a coder. I think that it is really important to have the idea that you can do it when you’re young. Otherwise, when you get to college you’ll feel behind.

PRH: And as a Star Wars fan?

KP: The Star Wars movies came out when I was very, very young, so I grew up with them. I’ve always considered myself kind of walking the line between the Light Side and the Dark Side, I guess, so I’ve found characters on both sides that I really adore. I think that because of that the movies always get my attention. It doesn’t matter who is on the screen, or who is winning at the time, I’m rooting for them.

PRH: Coding is much like the Force, in that you can use it for good or evil.

KP: That’s absolutely true. In fact, hacking in and of itself is like that. Once you learn it, you can keep people very safe, or do a lot of damage. You try to get kids very young to help them to understand they should learn this for good rather than evil. By doing that, it is implanted in their minds that this is something that is helpful for society and a way of making their marks. Once you get into that space where you’re creating viruses and doing things like that, you’ve gone completely to the Dark Side and it’s hard to come back from it.

PRH: The technology seen in the Star Wars movies stays kind of the same, even as our own advances. It is very basic looking, simple interfaces, things like that. How do you port Star Wars into coding in a way that makes sense?

KP: I’m glad that you used that example, because it is a little bit harder to port the coding into Star Wars. You get an affinity for the nostalgia. You make it a little bit forward, and people complain because they’re so used to the other stuff. We see that in life, too. Some people look at coding and say that it wasn’t what they did as kids, and that when you introduce coding to a child’s life you remove the desire to play outside and to climb trees. That’s not true. With books like this one, we make people see that you can bring real-life active elements into computer science, and that it enhances your life. Not everyone who tries coding will become a computer scientist, but instead of sitting there spending hours doing your homework by hand and trying to figure things out that will take forever, you can make it easier by writing a program, and then get out there.

KP: If only everything were like a Jedi holocron!

PRH: Who is the book written for? What age group?

KP: The Star Wars Coding Projects book is probably appropriate for ages 10 and up, because it does require some reading. If a student is a very comfortable reader and comfortable with the computer then it doesn’t really matter what age they are. If they have a parent’s help, they can also go much younger. We’ve actually had full-grown adults walk by who know nothing about coding and think that this would be a fun way to get some of the basics, like functions and loops.