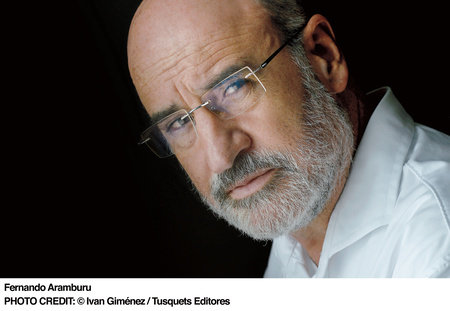 Born in San Sebastián, Spain, in 1959, Fernando Aramburu is considered one of the most remarkable writers in the Spanish language. He won the Ramón Gómez de la Serna Prize in 1997, the Euskadi Prize in 2001, and, for his short story collection Los peces de la amargura, the Mario Vargas Llosa NH Short Story Award, the Dulce Chacón Prize, and the Prize of the Spanish Royal Academy in 2008. Among his most recent novels, Años lentoswon the Premio Tusquets de Novela in 2011 and was named Book of the Year in 2012 by the booksellers of Madrid. But it is his novel Patria(Homeland), a stunning success among readers and winner of unanimous acclaim (National Prize for Literature, National Critics Prize, Euskadi Prize, Francisco Umbral Prize, Strega European Prize, Tomasi di Lampedusa Prize, among many others) that has distinguished him as a writer who will leave his mark on our era.