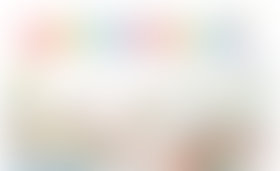 SHARON HAMPSON, the late LOIS LILIENSTEIN (d. 2015) and BRAM MORRISON are some of Canada’s most famous children’s performers, with fans across North America and around the world. The trio, known simply as Sharon, Lois and Bram, formed in Toronto in 1978 and went on to create two top-rated children’s television shows, The Elephant Show (CBC/Nickelodeon, 1984-88) and Skinnamarink TV (CBC/TLC, 1997-98), and to release 21 full-length albums (many of which reached gold, platinum, double platinum and triple platinum). They have won countless awards and were appointed to the Order of Canada in 2002. In 1998 they performed at the UN General Assembly and in 1994 they performed at the White House Annual Easter Egg Roll and Hunt. They also performed a run at the renowned Palace Theater on Broadway. Most recently Sharon and Bram were invited to participate in Toronto’s 2017 Pride parade — parade goers were so moved to see them participate that the crowd broke into a spontaneous version of the song along the parade’s route.