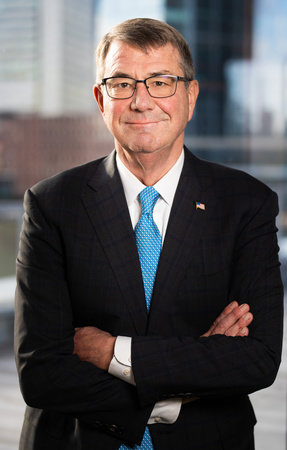 For over thirty-five years Ash Carter served in numerous jobs in the Department of Defense, mostly recently as the twenty-fifth Secretary of Defense under President Obama. He currently serves as the Director of the Belfer Center for Science and International Affairs at Harvard University’s Kennedy School. He is also an innovation fellow at MIT. A native of Philadelphia, he and his wife, Stephanie, have two grown children.

Inside the Five-Sided Box