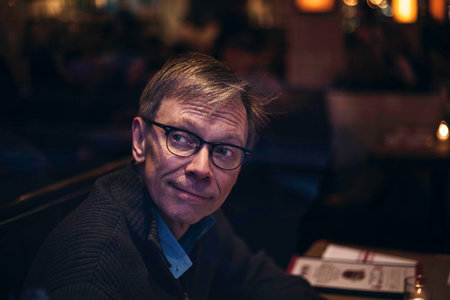 Known for his versatility and quirky characterizations, DAVID DEAN BOTTRELL is a critically acclaimed actor who has guest starred on many TV shows and is primarily known for his portrayal of Lincoln Meyer on season three of Boston Legal. In the last decade, David has become a highly popular humor columnist (Metrosource magazine); industry blogger (Huffington Post), spoken word performer (Comedy Central Stage), and respected acting teacher (UCLA, AADA). For 13 years, he was a popular screenwriter for the likes of Fox Searchlight, Paramount, MTV Films, and Disney Animation. He is currently a regular expert columnist for Backstage. Learn more at DavidDeanBottrell.net.