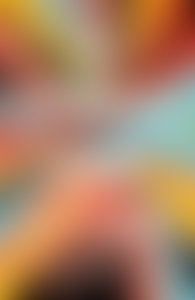 R. O. Kwon is a National Endowment for the Arts Literature Fellow. The Incendiaries is her first novel, and it was named a best book of the year by over forty publications. Her writing is published in The New York Times, The Guardian, The Paris Review, Buzzfeed, New York Magazine, NPR, and elsewhere. Born in South Korea, she has lived most of her life in the United States.

Sign me up for news about R. O. Kwon and more from Penguin Random House

R. O. Kwon’s debut novel is a slim sucker punch of a book — over ten years in the making, it explores faith, cults, and apostasy. In the first few pages, we get a glimpse of an act of horrible violence, the culmination of a young woman named Phoebe’s path to fanaticism. Will, her boyfriend, is reeling from the news and tries to make sense of things by piecing together the story of their relationship. We chatted about the unique loneliness that comes from loss of faith, restarting and rejiggering book structure, and why Kwon spoils TV shows for herself.

PENGUIN RANDOM HOUSE: The Incendiaries is short and very tightly-packed and restrained — when you write, do you edit down considerably? Or do you naturally tend to write economically and just rework sentences?

R. O. KWON: So I worked on the book for ten years and it went through so many drafts — easily more than thirty. But I don’t want to know how many drafts it took me, because the less I know the more I can really throw myself into my next novel that I’m working on. I spent the first two years just rewriting the first twenty pages over and over again and threw that all away and restarted everything. There’s a whole section told from Phoebe’s father’s point of view that I ended up throwing out. So I’m the opposite of an economical writer!

PRH: But it works for you! You found your way! The points of view in the book have changed a ton, but were there any other massive shifts?

PRH: I think a lot of people would like to think they’re not prone to fanaticism or that they wouldn’t be taken into a cult — that it wouldn’t happen to us. This book, terrifyingly, shows how it can happen. Phoebe’s slow assimilation into the cult is not because she’s naïve or ignorant at all — would you explain some of the draw of John Leal?

ROK: John Leal as a person and as a cult leader offers certainty; he offers answers to questions that are often unanswerable. And I think that can be tremendously appealing, especially to people who are hurting. When I was researching cults and terrorist groups, extremist groups, I learned that a lot of them do recruit at high schools and colleges, I think in part because that is a time of change. People are figuring out who they are and they’re often away from their usual support systems and where they grew up. I learned that a lot of people who join extremist groups (contrary to the general perception) are educated and have experienced quite a bit of privilege — it isn’t necessarily born out of ignorance or naivety.

PRH: So much of this book centers around the unbelievable pain that follows a loss of faith. It seems like such a private, intimate subject to write about. Is this something you felt wasn’t represented in books or other media? Do you feel protective of this experience?

ROK: I don’t feel protective of it exactly, but it was so important to me that those parts be as truthful as they could possibly be to what I personally experienced. I was so religious for a period of time — all my life until I was 17 — and when I was losing my faith, it was so painful. At the time I felt so lonely and I didn’t see that experience reflected in the books I loved, where I was otherwise so used to finding camaraderie and companionship. So I really wanted to write something that I could have given to myself when I was seventeen and felt alone in the world. Since then I’ve come across other accounts too, but I still think there aren’t that many accounts of apostasy — I wanted to provide that to the girl I used to be. I wanted to invoke the joy of it too — in some ways, when I was really religious I was so happy.

PRH: We read the perspectives of three characters and no one is omniscient — there’s plenty of uncertainty and incomplete knowledge — why is that ambiguity so important to this novel?

ROK: I really didn’t impose it from top-down, it came about over time — as these point of views started being added in, I wanted the book to have a reason for existing even within the world of the book itself. In a lot of ways the book feels to me like Will is trying to make sense of it, trying to tell himself the story of what happened. I didn’t want to exceed the limits of what Will could know, which is relatively incomplete. So that provided a kind of limit to how many answers I could provide.

PRH: You create a parameter for yourself too by beginning the book with the act of climatic violence. Why did you choose to lead with the bombing and unspool the plot from there?

ROK: Those first few pages came relatively clearly to me and those have stayed the same throughout the life of the book in a way that almost nothing else did. I wanted to lead with the big explosion because in general with writing and in my reading, I’m so much less interested in what happened as in how and why. So I almost wanted to provide the big “what happened” at the start, so that the destruction can be out of the way. Even when I was watching, say, “Friday Night Lights,” the plot would stress me out so much that I’d read ahead on Wikipedia to find out what’s going to happen to these poor kids! I find the way plot yanks one along to be often extremely unpleasant, so I don’t want to write a book that relies so heavily on that mechanic.

PRH: One of my friends can’t handle horror movies, so he just reads the summaries online to get the same thrills!

ROK: I haven’t been able to watch horror movies basically since I stopped believing in God! I used to love horror movies and then the world got so much scarier without an omniscient being looking over everything and making sure everything would be okay. As you know, I truly used to believe I was immortal! Serial killers don’t seem so scary if you think you’re going to live forever.

PRH: I’ve read that you love writing residencies — are there any tips or habits you’ve adopted that you can share?

ROK: I have so many ways in which I contort my life to be able to write. I’m really nocturnal so I wake up around noon or so and go to sleep around six or seven AM. If I am writing that day (which until the past few months was every day) I like to roll out of bed, get coffee, get some water, and start writing immediately. I sort of step from my dream world into this other dream world — I find that that makes me less afraid of starting to write.  There’s always this fear when I start writing, so if I’m sleepy and haven’t encountered the world yet, it’s just easier to just get to it. I don’t have a smartphone and I usually use a program that shuts off the internet. It’s important for me to be as off the internet as possible. I won’t talk to anyone either — even if my husband’s home — it’s like, ok no talking until I’ve gotten in a few hours. At writing residencies, they make it so there’s nothing for you to do, they even make your coffee for you, so there’s no excuse for you not to write. I love residencies so much!