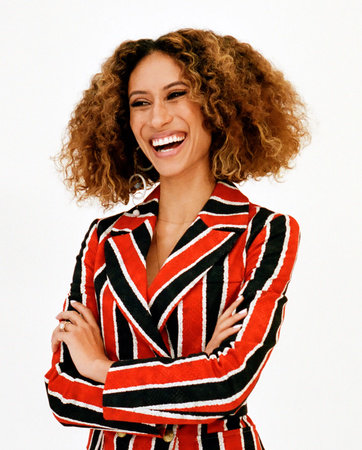 Elaine Welteroth is a New York Times bestselling author, award-winning journalist, producer, and former editor-in-chief of Teen Vogue. In 2017, Welteroth broke new ground as the youngest person and the second African-American to ever hold this title at a Condé Nast publication. She has been credited for reinventing the magazine as the go-to source for socially conscious young people. Prior to Teen Vogue, she held senior editorial positions at Glamour and Ebony. Her writing appears in The New York Times, British Vogue, and The Hollywood Reporter. She has written for the hit show Grown-ish and has appeared on-camera for a range of media outlets including ABC News, Netflix, and Bravo’s new Project Runway where she appears as a judge. She resides in Brooklyn with her husband.