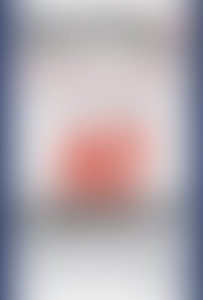 Ralph Nader, the nationally renowned consumer activist, works in Washington, D.C. Author and attorney Wesley J. Smith lives in Oakland, California. Together Nader and Smith are the authors of Winning the Insurance Game and Collision Course: The Truth About Airline Safety.

“Only the Super-Rich Can Save Us!”

In Pursuit of Justice

With Presidents Bush and Obama, Nader has been an equal opportunity critic. Over the last fifteen years, he has written them scores of letters on subjects as varied as campaign finance, the minimum wage, and Supreme Court nominations. Many of those letters are gathered in a new collection, Return to Sender: Unanswered Letters to the President, 2001-2015.

(He has a sense of humor. A letter to President Obama on the issue of food-borne illness is signed “E-cologically yours, E.coli O104:H4.”)

Nader sat down with Penguin Random House for a conversation about Return to Sender, his sharp criticism of President Obama for being Fundraiser in Chief, and some extremely barbed words for Hillary Clinton, who he considers the foremost corporatist in the presidential field.

PENGUIN RANDOM HOUSE: Would you say that the letters in this book are primarily advocating on behalf of consumers?

RALPH NADER: They cover a lot of different subjects. They cover foreign and military policy, consumer protection, environment, the status of labor, trade agreements, and try to raise the expectation in readers of what you should expect from your president. If you don’t have high standards, you won’t have high expectations. The book sets a higher standard, and it tries to stimulate people around the country to write letters to their representatives.

PRH: Sen. Elizabeth Warren urged and helped create the Consumer Financial Protection Bureau after the banking crisis. Do you think that agency serves a current need?

RN: Very much so. It’s one of the most active regulatory agencies now. It has very good leadership. They’re going after things like compulsory arbitration agreements. They’re going to court against corporations that rip people off. They’re very much needed after the Wall Street financial crash that put eight million people out of work and shredded pensions and mutual funds.

PRH: Do you think the CFPB has been particularly effective?

RN: I think they’ve been fairly effective. Remember that they’re inside the Federal Reserve and their funding comes from the Federal Reserve, so that protects them from being harassed by members of Congress. That budget comes from assessment on banks, which protects it from Republicans in Congress that would like to abolish the agency.

PRH: What factors do you think the next president should take into account in nominating a Treasury Secretary?

RN: The Treasury Secretary should not be a Wall Streeter, which is what usually happens. Goldman Sachs has had two Secretaries of the Treasury, which is like having a fox guard the chickens. A person like James K. Galbraith at the University of Texas who knows a lot about monetary policy and the Federal Reserve would be a good choice. A person like Professor Galbraith would not be indentured to Wall Street.

PRH: Tim Geithner, President Obama’s first Treasury Secretary, had been a federal regulator. Did you consider him to be someone from Wall Street?

RN: Yes. He was extremely close to Wall Street. Anybody who is part of the Federal Branch in New York City is really a part of the establishment. His record as Treasury Secretary shows that he put Wall Street priorities very high.

PRH: Federal antitrust laws were for the most part written at a time when markets had regional or national scopes. Do you think antitrust regulators should take into account that reality that many U.S. companies operate in global markets?

RN: To some degree, but not excessively. In the auto industry, yes. Many of the companies are part-U.S. and part-foreign, and that has to be taken into account. If taken into account to an extreme, though, it provides the Justice Department and Federal Trade Commission a way to look the other way on many violations. I would also say that antitrust laws should be updated. The Sherman Antitrust Act was enacted in 1890 and the Clayton Antitrust Act in 1914. There have been a few amendments since but nothing to deal with globalization. And we have global cartels like the pharmaceutical companies that are easy to establish because they maneuver between governments.

PRH: You’re tough on President Obama in the book for attending a lot of fundraisers. Don’t you think his party would be worse off if he didn’t help it raise money?

RN: No, I think it would be better off. He has spent 500 days going around the country raising money. If he spent 500 days meeting with workers and consumers and advocacy groups and paying attention to areas of the country where his very presence would give support to problems like what’s happening in Flint, Michigan, he could highlight so many issues that would be much more effective. Going directly to people would have made him so much more invincible than raising money.

PRH: One of your big points in the book is that President Obama and President Bush before him have not been responsive to individual constituent concerns. Don’t you think they do that to a large degree by paying attention to polling data to see what a broader sample of the population wants the president to do?

RN: The polls don’t ask a lot of the important questions. What’s your position on criminal enforcement budgets for environmental protection or auto safety? They don’t ask a lot of those questions, so public opinion polling skews toward questions on immigration and healthcare, but there are a lot of areas where pollsters don’t ask questions. The letters in my book open up areas that are on a lot of people’s minds but have been largely ignored. The national media doesn’t broaden campaign issues; it just amplifies what Donald Trump or Hillary Clinton or Bernie Sanders are talking about. They don’t ask the questions that aren’t on these candidates’ agendas.

PRH: There have been a lot of questions at the most recent Democratic debate about whether Hillary Clinton would be independent from Wall Street? Do you think she would?

RN: No way. Hillary Clinton is an entrenched corporatist. She’s very close to Wall Street. She got huge speech fees to talk behind closed doors and not just to Wall Street — to the National Association of Retailers, the auto dealers. She has to tell voters what she told all these corporate interests. Why hasn’t she told American people whether she told these corporate interests not to worry about her populist rhetoric on the campaign trail? I wrote recently for the Concord Monitor that she should disclose the transcripts for these secret meetings.

She is a militarist. She has never met a weapons system that she didn’t like no matter how redundant or how much the Pentagon didn’t want it when she was on the Senate Armed Services Committee. She never met a war she didn’t like. She’s more hawkish than Obama. Bernie Sanders has almost understated Hillary’s position as a member of the corporatist establishment.

PRH: Wouldn’t all of the leading Republicans be as beholden to Wall Street as she would?

RN: With the possible exception of Donald Trump, they’re all beholden to super PACs that are funded by billionaires. They are very beholden to commercial interests.

PRH: Trump is a corporatist too. He just hasn’t needed their money yet.

RN: That’s right. He hasn’t raised a lot of money from Wall Street and has the potential to be independent, but he is bred in the values of Wall Street.

PRH: If Hillary Clinton got the Democratic nomination, would she be the least of all evils as far as you’re concerned.

RN: No. She would further corrupt the Democratic Party in favor of the war machine and Wall Street and reduce the opposition to those interests. She has cited Henry Kissinger — an arch-Republican warmonger — as praising her.

PRH: Are there any particular people in places of power in Washington that you would say come closest to being strong advocates on the issues that you’re the most concerned about?

RN: On domestic issues, Sen. Elizabeth Warren is terrific. Sen. Ed Markey and Sen. Richard Blumenthal are very good on consumer and environmental issues. Congressman Keith Ellison from Minnesota, the co-chair of the Progressive Caucus in the House. Overall, there aren’t more than ten or fifteen percent of the members of Congress who I think stand consistently for the people.

PRH: From a policy standpoint, it sounds like you’ve cast your lot with Democrats. Wouldn’t it make more sense for your issues to have a Democratic president?

RN: It’s like choosing between tuberculosis and cancer. We can do better than that. I’m tired of Democrats defining themselves by how bad the Republicans are and saying to voters, “Hey, we’re not that bad.” We have to reverse that kind of race to the bottom and expect more from both parties. We shouldn’t have to vote for the least worst of two candidates. We need more parties, more choices.