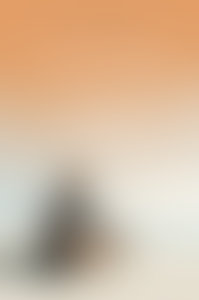 Laird Hamilton is known as the guiding genius of crossover board sports, and he is truly amazing in the water. His size–6’3″, over 215 pounds–makes him seem indestructible. Laird is the elder son of sixties’ surfing legend Bill Hamilton and is a throwback to that time when surfers prided themselves on being all-around watermen. His mother, JoAnn, gave birth to him in a “bathysphere” with reduced gravity as part of an experiment at the UC Medical Center in San Francisco. JoAnn was also a surfer and decided to move the family from California to Hawaii when Laird was just a few months old. They lived on Oahu’s North Shore and later in a remote valley on Kauai, not far from one of the world’s best surf breaks. He learned to surf between the ages of 2 and 3 on the front half of a surfboard; and at age 8, hi father took him to the 6-foot cliff at Waimea Falls, where Laird looked down, looked back at his dad, and jumped. “He’s been bold since day one,” says Bill, “and hell-bent on living life to the extreme.” He lives in Hawaii and California with his wife and three daughters.