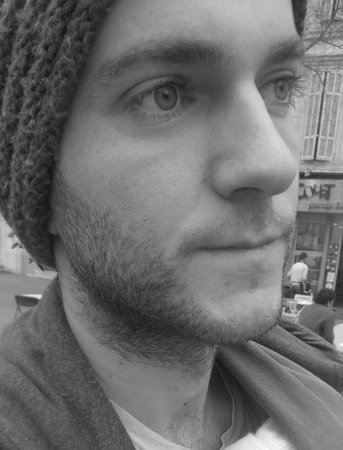 Johan Troïanowski was born in Lyon in 1985. He graduated from Beaux-arts de Toulon in 2003, then started a comics anthology called Brouillon. In 2006, he created and became president of the association Little Blue Bear and White Rabbit, which promotes graphic novels; he’s also an advocate for wordless comics. As well as making graphic novels, he writes and illustrates poetry for children and runs workshops around the country.