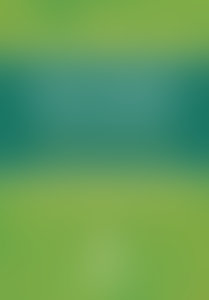 Connie Ellefson is the author of A Genealogist’s Guide to Ethnic Given Names, originally published as The Melting Pot Book of Baby Names, and the co-author of two books on gardening, Xeriscape Gardening and (award-winning) Xeriscape Colorado. She has long being interested in names, having earnestly labored as a young teen to fill a steno notebook with all the names she could think of starting with “A,” then “B,” then “C,” etc. In part, A Genealogist’s Guide to Ethnic Given Names is her tribute to the spirit of the immigrant, whose story is nearly the same regardless of the nation of origin. She hopes to point out the similarities we all share in our heritage, and, maybe, just a little reduce the bonds of prejudice against “the others.” Ellefson realized after completing the first Xeriscape book that part of the appeal of writing it, in addition to the conscientious hope that many would be inspired to water conservation through landscape choices, was just the joy of typing up those thousands of plant names that went into the book! Her career as a civil engineer has followed the boom and bust cycles of the land development industry in Denver, with multiple “opportunities” to explore other lines of work. After the last layoff she realized she enjoyed organizing her desk/office as much or more than some of the work done there and has launched a career in the organizing industry. Not content to remain tiresomely on one subject Ellefson is now at work on a book on organizing and de-cluttering, which has few, if any names in it. She lives in Aurora, Colorado.

A Genealogist’s Guide to Ethnic Names

A Genealogist’s Guide to African Names

A Genealogist’s Guide to Chinese Names

A Genealogist’s Guide to British Names

A Genealogist’s Guide to French Names