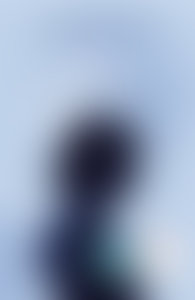 GENKI FERGUSON was born in New Brunswick to a family of writers and grew up in Calgary. He spent much of his childhood in the subtropical island of Kyushu, Japan, where his mother’s family still resides. Fluent in Japanese and capable of making a decent sushi roll, Genki was the recipient of the 2017 Helen Pitt Award for visual arts, and recently completed a degree in Film Production while working part-time at Book Warehouse, an indie store in Vancouver.