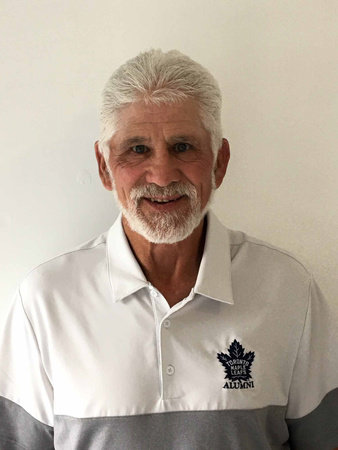 RICK VAIVE is a retired professional hockey player. Born in Ottawa and raised in Charlottetown, he played in the NHL from 1979-92, for the Vancouver Canucks, Toronto Maple Leafs, Chicago Blackhawks and Buffalo Sabres. As captain of the Maple Leafs from 1982-86, he scored more than fifty goals in three consecutive seasons, making him the first player in team history to achieve that mark and the only one to do it more than once. He coached seven seasons in the minor professional leagues and one in the Ontario Hockey League, winning a championship with the expansion South Carolina Stingrays in 1997. He continues today as an ambassador for the Toronto Maple Leafs and NHL.