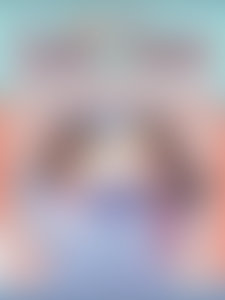 Micol Ostow is an editor, writer, and complete Anglophile living and working in New York City. She can do a mean British accent—but only if you ask nicely. Questions, comments, and all manner of praise can be directed to: micolz@aol.com

Louise Trapeze Will NOT Lose a Tooth

Louise Trapeze Can SO Save the Day

Louise Trapeze Did NOT Lose the Juggling Chickens

What Would My Cell Phone Do?

Up Over Down Under

Riverdale: The Ties That Bind

The Devil and Winnie Flynn

Country you wrote about: England

Destination you would most like to visit: I’d love see Spain, since it was one country that I missed during my college/backpacking tour. And I had a fabulous time in Argentina, and would love to see other parts of South and Central America. I’d also like to get over (down under!) to Australia one of these days—if only it weren’t such a long plane ride!

Why did you choose to write about England? I wrote about England because, like Abby, I studied abroad in London for a semester. It was a great time, and I loved having the chance to revisit my adventures through my character’s eyes. Writing about a place that I knew so well also helped to loan the story some authenticity (or so I hope!).

What was your favorite place to visit in England? I loved pretty much everything I saw in London, but a few highlights: The Tate Modern was my favorite museum, and SoHo was great shopping (even with my student budget). The original Madame Tussaud’s Wax Museum is hilarious. My friends and I especially loved Camden Market on sunny weekends (sunny is hard to come by in London), and I have some gorgeous pictures of us posing in front of Tower Bridge at sunset.

What was your favorite food? When in England, do as the English do—fish and chips are the way to go, or Indian food, which is phenomenal there.

What was your favorite souvenir? I have two—one was a great velvet blazer that my then-boyfriend got me at a thrift store, and one was a crazy, psychedelic wallet that I bought at an outdoor market. Both have sadly disintegrated in the past few years, though.

What was the most surprising/memorable cultural difference you noticed? I hate to make generalizations, but Americans as a whole are much louder and much more outspoken (or maybe that’s just me). British students are given a lot more autonomy with regard to their studies, too, which paradoxically actually can lead to a lot more pressure.

What was your funniest experience? Any time that I was with my dorm-mates and friends, we just cracked ourselves up. We had kids staying in our dorm from all different countries, and language barriers/idiomatic confusions were often a source of amusement. A good friend and I once had the brilliant plan to take a “night bus” to Amsterdam—ie, travel overnight and then arrive in the city in the morning, thereby eliminating the need to pay for a night in a hostel. That turned out to be a nightmare (rowdy seatmates, angry border guards, a complete and total lack of sleep) that we still laugh about today.

Have you traveled anywhere “off the beaten path”? If so, what brought you there? To be honest, no. Like Abby, I was pretty cautious as a teenager. Sometimes I do wish I had taken more risks as a teen and as a traveler—within reason, of course.

Is your main character like you in any way? Are your characters based on anyone in your “real” life? Well, as I say, I was quiet and fairly responsible, much like Abby. But that’s pretty much where the similarities end. My parents were very easygoing, and gave me a lot of autonomy. I did leave for England in the midst of a lot of drama with my hometown boyfriend, but we made up almost immediately once I arrived in England.

Abby’s school is based loosely on the university that I attended, and she and her friends visit a lot of the same places that I visited when I was in England. But I tried very hard to stretch my imagination when creating characters for the book, and attempted to put them into situations that were believable but not necessarily completely true to my experience. After all, that’s the beauty of fiction—taking the truth and making it that much more interesting!

What made you want to become a writer? That’s a tough question. There wasn’t any one thing that made me want to become a writer, per se. I’ve loved books since I was old enough to be read to (or to understand that I was being read to), and I think I was around four when I first told my mother that when I grew up, I wanted to write books. She still has the first “book” I wrote (in crayon, no less), sometime around when I was five. So it’s just something that I’ve always been drawn to, and I’m very lucky that I have the chance to pursue it as a career.

vIs there anything else you’d like to tell readers?

I get a lot of fan mail from teens who say that Abby’s story inspires them to travel, which is really gratifying. I think reading, writing, and, of course, seeing the world, are really wonderful ways to grow, mature, and to find one’s place, so I’d encourage everyone to keep at it (and to read all of the books in the fabulous SASS series)!