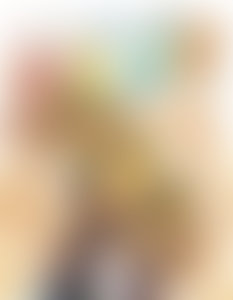 Minh Lê is the author of several children’s books, including two others illustrated by Dan Santat, Drawn Together, which won the 2019 Asian/Pacific American Award for Literature, and Lift which received five starred reviews. His other books include Let Me Finish! illustrated by Isabel Roxas, and The Perfect Seat, illustrated by Gus Gordon. Minh has written for the New York Times, the Horn Book, and the Huffington Post. He currently lives in San Diego, California with his wife and kids. Visit him online at minhlebooks.com or on Instagram and Twitter @bottomshelfbks.

Dan Santat is a #1 New York Times-bestselling author and illustrator of over a hundred books. His picture book The Adventures of Beekle: The Unimaginary Friend received the Caldecott Medal. He also illustrated Lift and Drawn Together, both written by Minh Lê, which received critical acclaim. Dan is also the creator of the Disney animated hit The Replacements. He lives in Southern California with his family. Learn more at dantat.com or visit him on Instagram and Twitter @dsantat.